This is the recipe that we created for the premiere of 2nd part of one of my favorite series, namely the Borderlands loot shooter. New photos came in because of the next premiere, which I was waiting for with great impatience. I write this exactly on 13.09 and I can’t wait to sit down on my couch and start the next adventure as Vault Hunter, especially as the very high pre-release ratings on MetaCritic just speak for themselves. But going back to 2 – I remembered from it an unusual “tea party” hosted by Tiny Tina (mentally unstable 13-year-old who loves explosions), which is the culmination of the You Are Cordially Invited quest series. Quests require us to make preparations – I will not reveal to you the details and the course of the tea party itself, because in my opinion it is one of the most interesting and at the same time the funniest tasks in the Borderlands 2, but I can say that one of our tasks is to look for crumpets. 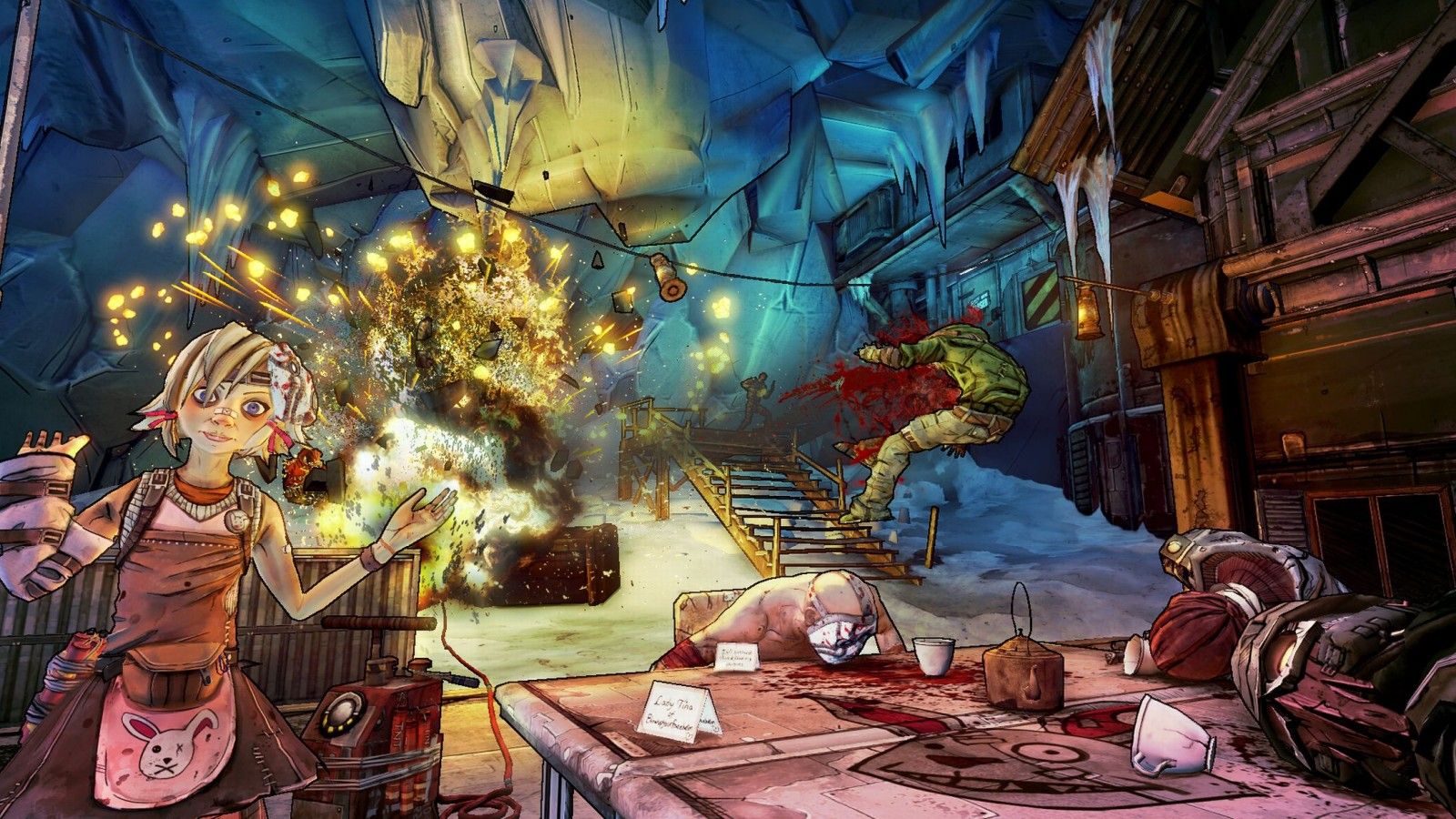 When we find them, it’s clearly visible in the game that we have 3 pieces of this unique product on the plate. Interestingly, the developers of the game also issued a board game referring to Tina’s tea party, called Tiny Tina’s Robot Tea Party, you can buy it here – https://gearboxloot.com/products/tiny-tinas-robot-tea-party-borderlands-card-game. It’s worth mentioning another “Post-Crumpocalyptic” quest from Tiny Tina’s Assault on Dragon Keep DLC, referring to the mention of “crumpocalypse”. During this mission, we collect plates with crumpets, and Tina herself involuntarily indicates that she survived most of the time since the death of her parents, eating these sweets, additionally stating after completing the task that “Crumpets. Cookies. Cupcakes. These are the foods of heroes ” Well, that’s totally correct, right!?

The name “crumpets” directly refers to the English version of sweet cakes, to which baking powder is added to get the characteristic “holes”, but I think that our Polish, native yeast cakes are too good not to take advantage of thier local recipe. Therefore, I hereby present you a simple, but super tasty recipe. With butter and powdered sugar, this it’s a perfect sweet snack to treat yourself during the game, but it’s also worth adding toffee sauce – then it’s definitely some tasty-crazy combination! 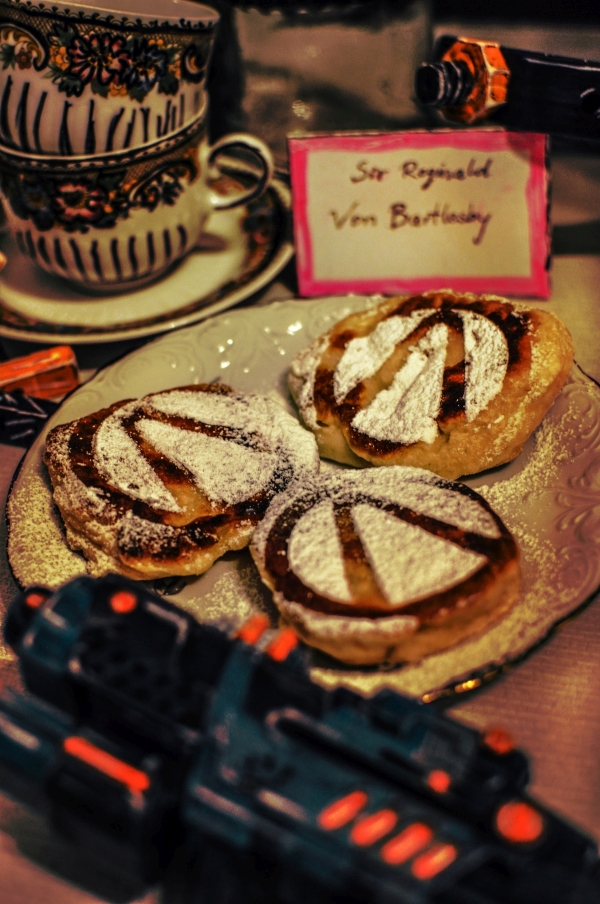 Put the yeast in a bowl, add a teaspoon of sugar, 1/4 cup of milk and mix until the yeast dissolves. Sdd 3 tablespoons of flour and mix until you get rid of the lumps, cover with a cloth or plate and leave in a warm place for about 15 minutes – the leaven should double its volume. 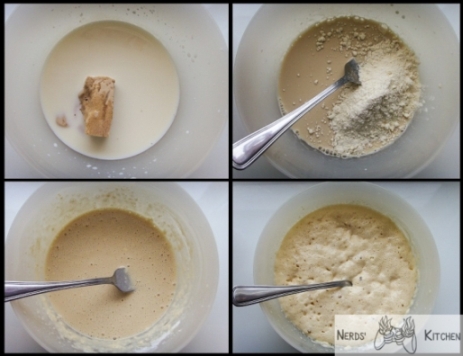 Add the rest of the flour to the leaven, pour in lukewarm milk (lukewarm will speed up the whole process, but it must be really lukewarm and not hot because you will kill yeast), add sugar, a pinch of salt and 1 egg. Mix everything until a sticky and fairly thick mass is obtained. Cover the container with the dough with a cloth and leave to double the volume in a warm place – depending on the temperature in the room it will take about 30-50 min.

In the meantime, prepare sauce (if you want, you can only eat with powdered sugar). Pour sugar into a saucepan – heat it over low heat, without mixing. When the sugar dissolves, gently shake the saucepan and control the color of the mixture – when it turns brown to gold, add warm cream. The caramel will get hard for a moment but then it will dissolve when heated. Mix and wait until the mixture has a uniform consistency similar to dissolved toffee. Remove from the burner, add butter, a pinch of salt and mix to combine. If you like a slightly denser suace, heat it for a while. If it thickens too much, you can add some milk. 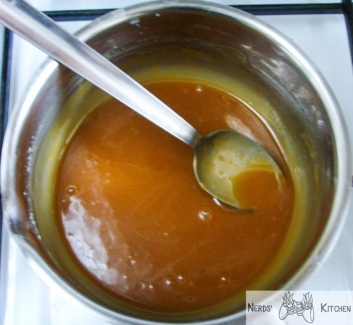 The dough that has doubled its volume should be mixed again before frying. Then warm up the oil in a frying pan, add 1 tablespoon of clarified butter and put the dough on a pan in portions – it’s quite difficult to get off the spoon, so it’s worth soaking it in water before each portion or helping yourself with a second spoon. Do not apply too much dough, because the pies will rise during frying. You can also use round molds to make the crumpets look nicer. Fry them on medium heat until golden brown on both sides (about 2-3 minutes on one), adding a little oil and butter in subsequent batches. When they are ready, put them on a paper towel to drain the fat.

Serve the pancakes hot, with an additional portion of butter and powdered sugar or toffee sauce, or with everything at once. Who will forbid you, eh? Tina recommends crumpets for tea – because as everyone knows, a good crumpet is “Buttery. Nutritious. Crunk.”!

Copy of Bordelands 3 was delivered to us be the courtesy of Cenega, which is the game’s publisher in Poland.