You know this meme where Doom levels and lasagna pictures are compared (source – reddit)? We want to refer to it in the following post on the occasion of anniversary of the premiere of Doom Eternal. Slayer deserves a cake and not just an ordinary one, cause it’s made of … lasagne – which would remind him of the best adventures with diabolical opponents! To refer to the hellish nature, we tried hot lasagna, and we don’t only mean the temperature of the dish, but also the fiery taste thanks to the use of spicy chili peppers. 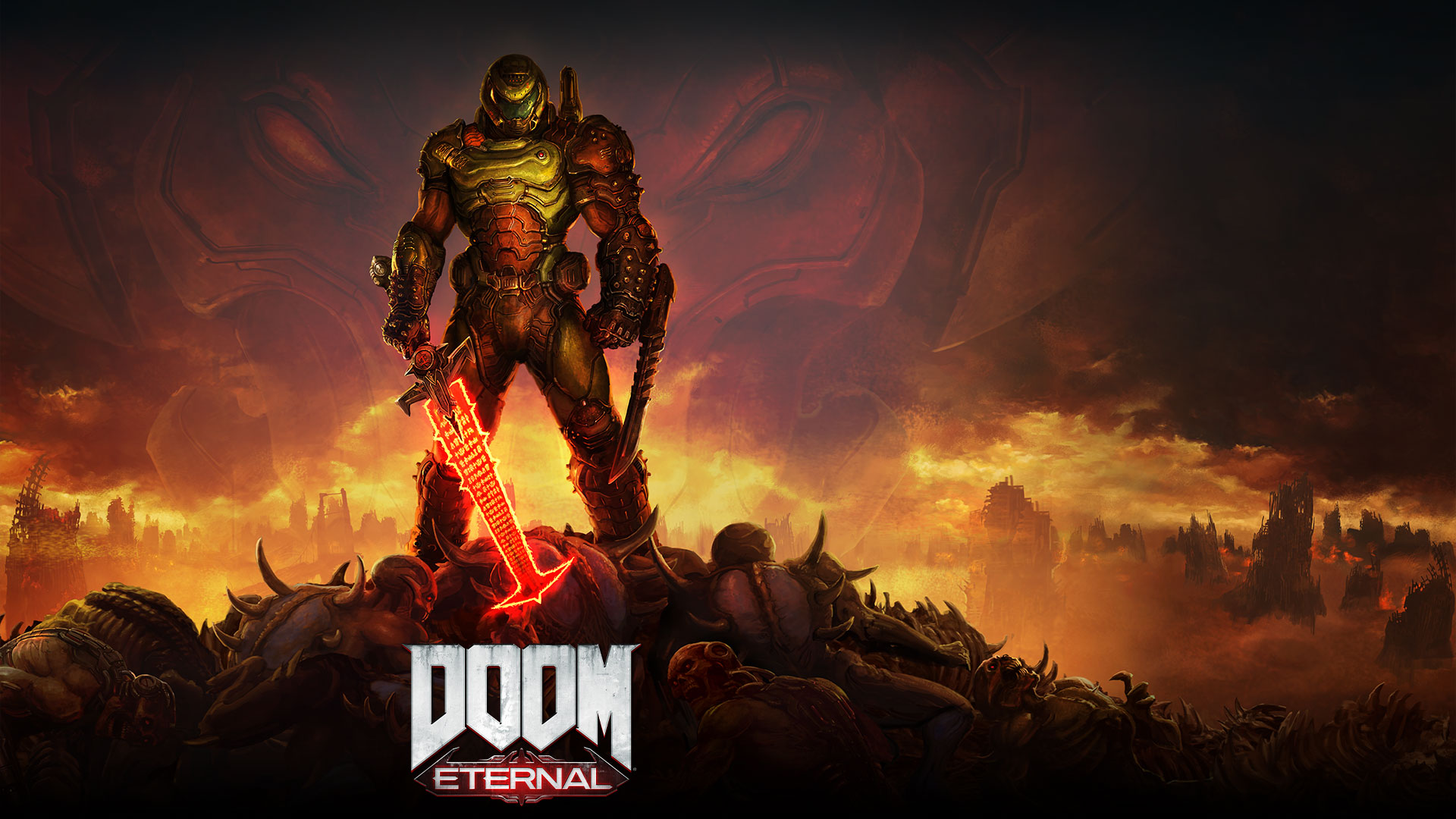 Someone will probably ask – what does spinach do in such hell’s lasagna … I think you’ve heard that this green product gives a lot of strength, and Slayer really needs a lot of it to fight a lot of hordes of demons. In addition, spinach gives a perfect flavor contrast to meat stuffing, especially in the devilish version with chili peppers. Trust us – we wouldn’t consciously put you in culinary hell, would we? We have to admit that the creaminess of the béchamel, the strong character of the meat sauce and the baked cheese is a really devilishly delicious combination.

However, we realize that both the ingredients list and the preparation process are quite demanding, but let’s be honest – the real Slayer is not afraid of challenges, so stand up to the task and make your lasagna taste really damn good! It is worth it, especially on the occasion of this extraordinary anniversary! Protip: you can divide your work and make the meat sauce the day before, store it in the fridge, and prepare the rest the next day.

PS Two days before the Doom Eternal anniversary, the DLC The Ancient Gods – Part II has been released – so don’t miss this additional content! 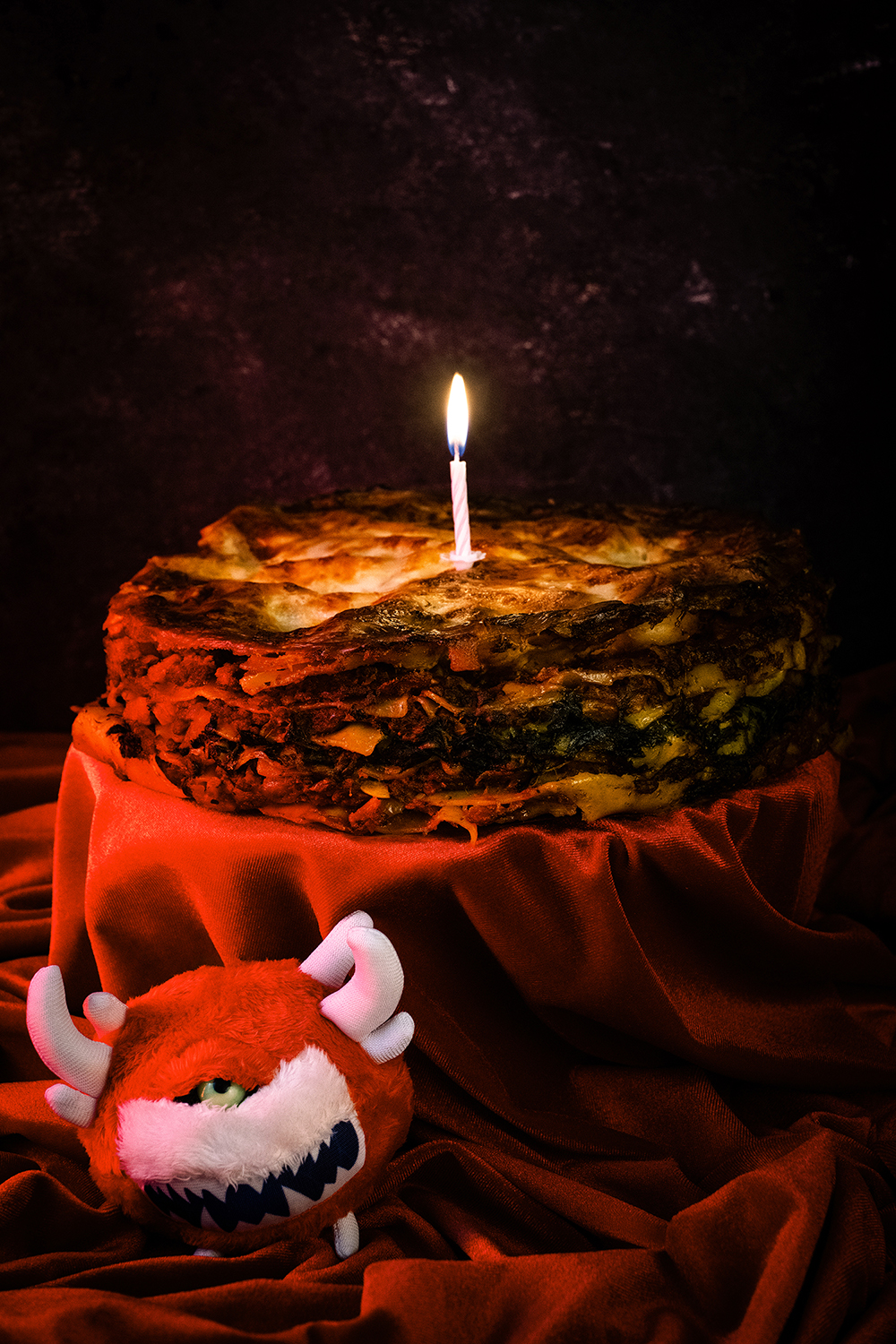 Peel the onion and carrot. Cut off two stalks from celery (without leaves) and wash thoroughly. Dice vegetables into small cubes. Cut off the top, green part of the chili pepper, roll it several times between your hands and sprinkle the seeds out of it, then cut it in half and cut into thin slices. If you are not afraid of hot food, cut the pepper together with the grains or add 2 chilis!

Heat the oil in a frying pan. Add chopped vegetables, a pinch of salt and sugar. Fry for a few minutes, stirring occasionally, until the vegetables are soft and slightly “translucent”. Then add the finely chopped garlic and sweet pepper. If you choose the fiery sauce option, it’s also time to add chopped chili. Mix everything together and sauté for 30 seconds.

Add minced meat to the sautéed vegetables, crush it thoroughly with a spatula, fry for 5 minutes over medium heat, stir frequently. After 5 minutes, season with pepper and salt.

Add the tomato paste to the fried meat and vegetables, stir and fry over high heat for a minute. Then add tomato passata, 1 teaspoon each of basil and oregano, and a pinch of sugar. Simmer for about 20 minutes, covered, and then 5 minutes, uncovered, until the sauce is very thick. Finally, season with more oregano and salt if necessary, toss and set aside.

In a pot, melt the butter and add flour, mix thoroughly with a whisk. Pour in the heated milk, stirring constantly. Cook the sauce over low heat, stirring occasionally, until it starts to bubble. Add 2 pinches of nutmeg and salt. Cook for 2 more minutes. The sauce should have the consistency of cream – if it is too thick, add some milk.

In a frying pan, dissolve a teaspoon of butter and add spinach and 2 pinches of salt. Fry until the leaves shrink, then add 2 tablespoons of Béchamel, mix and set aside.

Grate the cheeses and mix them together.

Brush the bottom of the mold with oil and lay out the lasagna in layers according to the scheme below, spreading the meat sauce and béchamel evenly. It is worth pouring the pasta with boiling water and let sit in for 1 minute to make it easier to fit into the round mold, if you are using the square mold, you can safely skip this step and place completely raw pasta sheets.

After removing lasagne from the oven, let it stand for about 5 minutes – when it cooles down a bit, it will be easier to portion and servce. It’s time – grab forks in hand and make a toast to Slayer! Just one serving should give you energy for at least a few hours of hell burning!