There are games that no one expects or demands to have culinary themes implemented. But this does not mean that existence of such motifs is completely unnecessary – thanks to this, the virtual world can gain more character and seem more credible to the audience. Destiny as a series had its ups and downs, but it’s rather hard to accuse them of not having a rich lore. Culinary themes could enrich it even more – for now the creators alrady made a few references, the more famous is the Cayden’s spicy ramen or an event with baking cookies for the holidays. Perhaps the upcoming season 10 will bring some news in this regard, especially since Bungie has been tempted to announce a culinary book on the canvas of the universe. This is an intriguing move imo, given that there are relatively few references to food in the game yet, but this may be one of the first steps to change it. We will see!

However, now it’s time to refer to the latest Shadowkeep DLC and its culinary theme! Our task is to provide sweet delicacies, small rice cookies scattered around the levels, to the figurines of Jade Rabbit, located in different places of the Moon. This way we can get some rewards from the figurine. In addition to the graphic representation and short description (“a tasty gift”), the game does not provide details about the origin or composition of cookies. However, it is probably a direct reference to Asian, sticky rice-based sweets, prepared in an steamer (usually bamboo), called Bai Tan Gao. 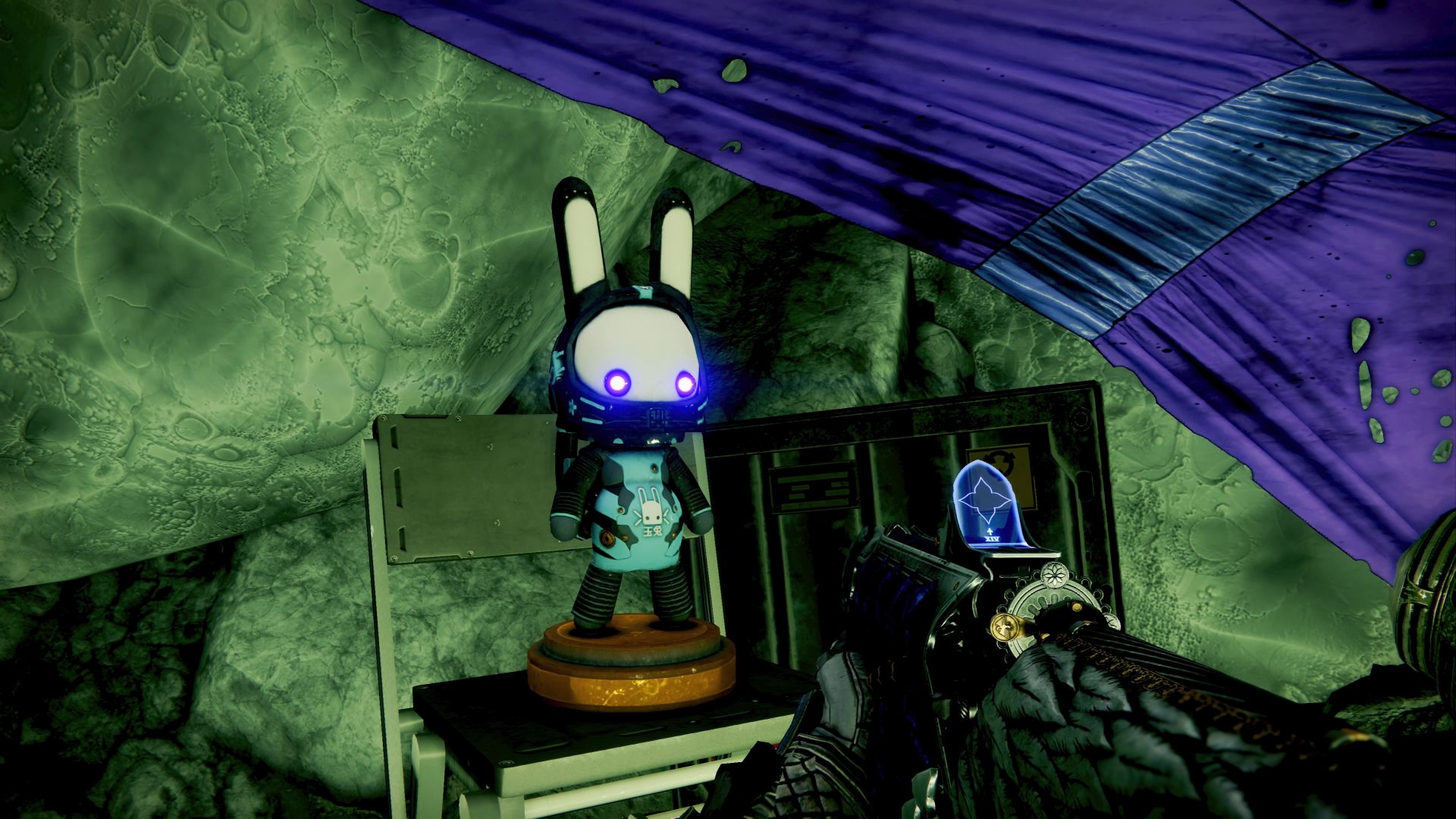 Due to the fact that they are not widely known in Poland, it is a great opportunity to try their home production. The cakes have a sticky consistency with a honeycomb structure. They taste best when chilled and go well with fruit jams in the company of tea. To get the yellow color, as in game, you can use a natural dye – lemon peel (so you get a slightly lemon aftertaste) or a bit of turmeric (then the taste will be more “exotic”). If you want to preserve the basic rice flavor but get the color, then use artificial food coloring. Production is quite simple, but you need a device for steaming – you just need a regular metal steamer – bamboo is so way better because it gives an interesting aroma and does not condense steam into cookies during cooking, so if you’d like thee cookies then you can invest later and buy such equipment. Off to The Moon then!

If you want to get a yellow color, then add the grated lemon zest during step 3 (cooking the syrup) or half a teaspoon of turmeric (turmeric has a specific, slightly spicy taste so you need to be careful) or food coloring when combining the dough in step 4.

Mix yeast with 1 teaspoon of rice flour, 2 tablespoons of lukewarm water and a pinch of sugar. Leave for 10 minutes in a warm place (it should be slightly foamed on top).

Pour the rest of the water (150 ml) into the saucepan and add sugar. Heat to a boil until all the sugar dissolves. If you want to use lemon, add grated zest now, boil for a moment and strain to get rid of the skin. Pour the hot syrup into the flour and mix vigorously. Leave to cool (the mass must be lukewarm – so as not to kill the yeast).

Pour the yeast mixture into the lukewarm rice mass (it can’t be too warm because it will kill the yeast). Mix thoroughly (the mass will have a liquid consistency – this is how it should be), cover the bowl with a cloth and set aside in a warm place. After about 1 hour, add a few drops of oil to the mass, mix, cover and set aside for another hour. After this time, the mass should have air bubbles on the surface – this means that the fermentation was successful and the dough is ready for further processing.

Grease molds with a little oil (preferably silicone modls for small cupcakes, but you can also make in one large, flat form).

In a pot that matches the diameter of the steamer, boil the water and heat it all the time so that it boils and forms steam. Put the steamer on a pot and put in empty molds. Mix the dough and pour into molds up to ¾ height. Close the steamer (if using a metal one, apply a cotton cloth from the inside to the lid, so that the steam does not condense on the cakes). Cook the cakes on medium heat for 15 minutes, then turn off the gas and leave them in the steamer for another 10 minutes. After this time, pull out the molds and wait until the cookies cool down. Then carefully pull them out of the molds.

Serve small rice cake cold with fresh mint leaves or fruit jam for green tea or coffee! You can leave some cookies for Jade Rabbit, he will definitely be grateful! 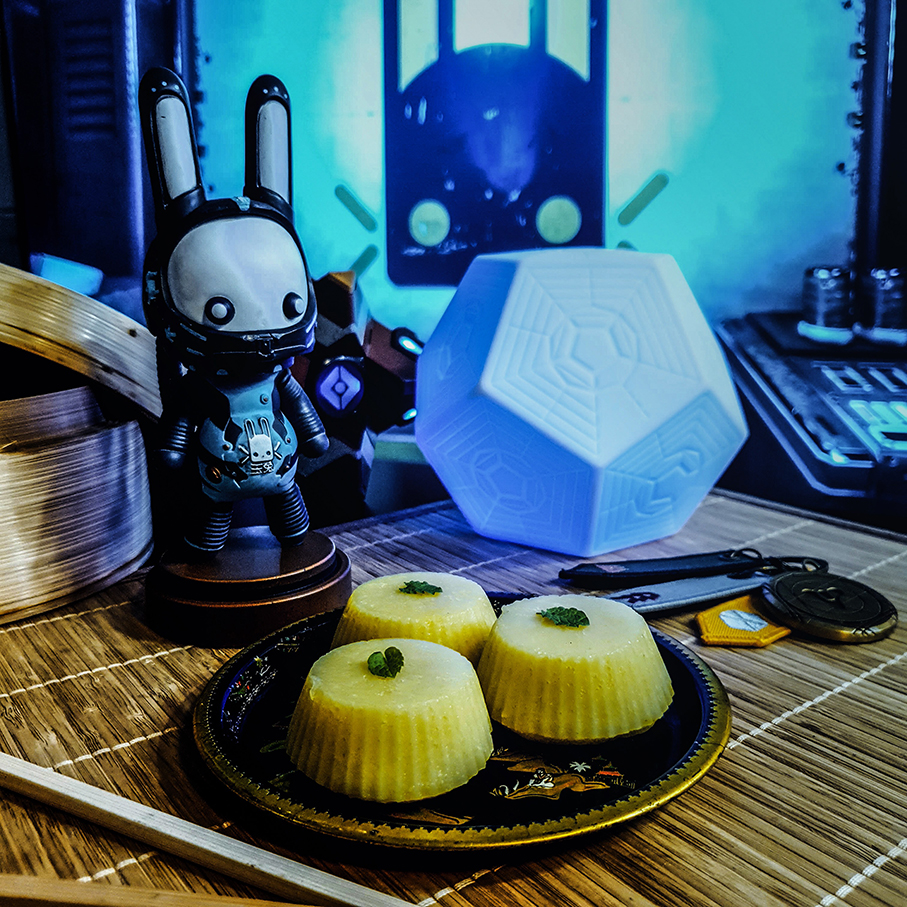 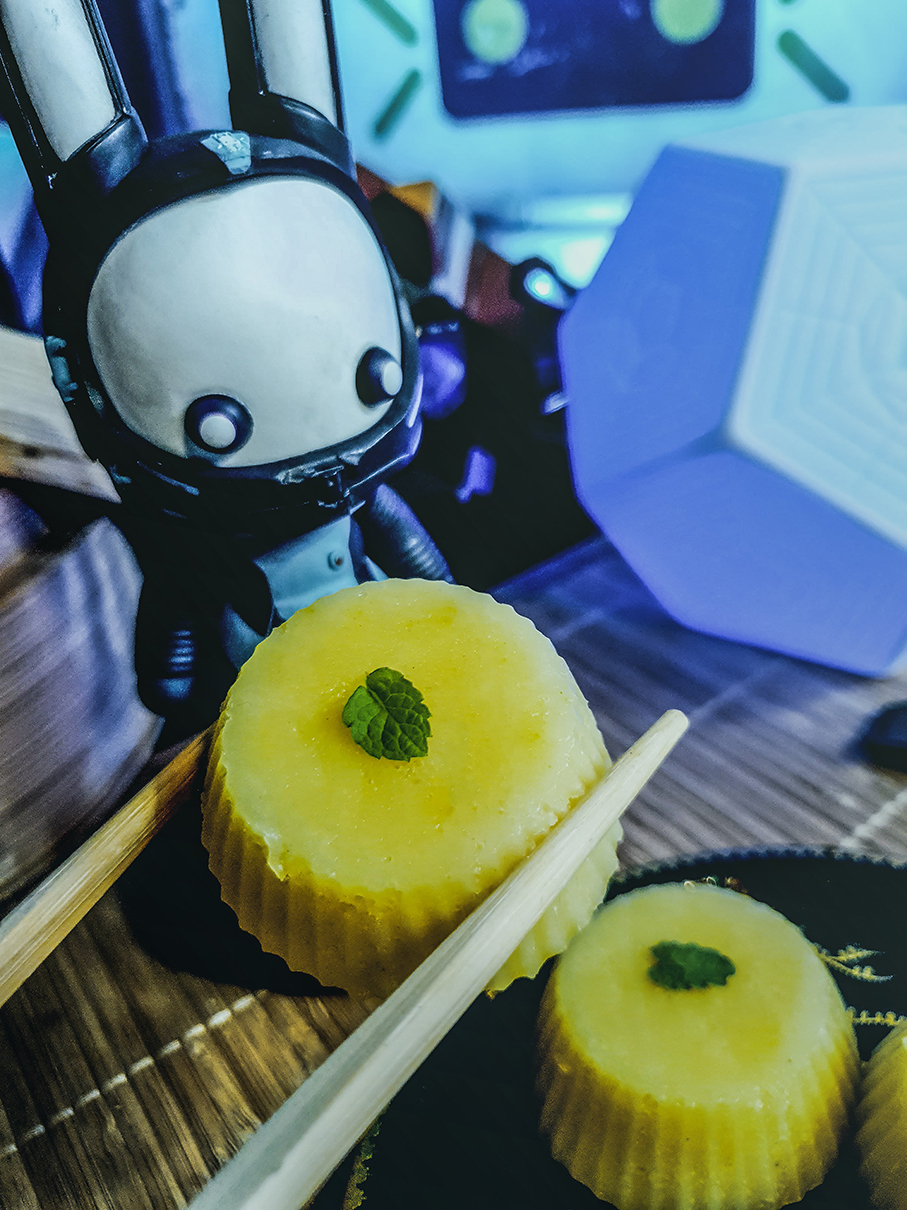 Props for photo session were delivered by Cenega!

Beautiful screenshots were crafted by Kiniu – thank you!

You can order game here (Polish store) Muve.pl. or in chosen stores with games in your country.