The Last of Us, although it’s a relatively young game (debuted in 2013), it has already become a legend and many consider it a must-play for every self-respecting player. Storytelling and characters, varied gameplay, as well as attention to detail and creation of the world make this Naughty Dog’s title a unique experience. Although, of course, the game also has some weaker aspects, nevertheless, a lot of players were waiting for the announcement of continuation. This year, on September 24th, Sony showed another trailer announcing The Last of Us 2, this time with the release date set for February 21, 2020. The company followed the stream and to remind players of the impressions from the first part, they added to PSPlus offer The Last of Us Remastered, which is a remastered version of the first part on PS4 with Left Behind DLC. And to this DLC Im going to refer to in the following entry, which fits perfectly into the ongoing autumn and pumpkin season.

In the game itself, we do not see much food when it comes to its use in the gameplay and mechanics. However, it appears when visiting locations, e.g. abandoned cafes and restaurants, where we can see a very detailed menu on the walls, and sometimes during cutscenes. In addition, in Left Behind, playing as Ellie, we visit the destroyed Colorado Mountain Plaza shopping center – it’s a paradise for crazy foodies like me, because the developers designed the entire food court, i.e. a typical fast food corner for shopping centers (e.g. Noodle Bowl, Bob’s Burger Club , Macho Nacho – each of them has a detailed menu. Of course, they are a bit damaged for obvious reasons, but you can still see the exact names of the dishes served, especially if you use Ellie’s flashlight.

Interestingly, the developers of the game have also created real websites and Social Media accounts of several companies that are located in the Colorado Mountain Plaza shopping center (currently only on webarchive, because the pages are no longer available, but the entire list is listed on Wiki The Last of Us ). One of the places to which more attention has been paid is the Swirls Frozen Yogurt chain, specializing in various frozen yoghurts. It has not only the mentioned website or Twitter account , but also has the location through which we go during one of the missions. My attention was drawn to the advertisement of the new autumn taste of yogurt – Pumpkin Pie, and since we have autumn this is the perfect opportunity to try such a recipe. Simple, tasty and perfect for those who love pumpkin taste! 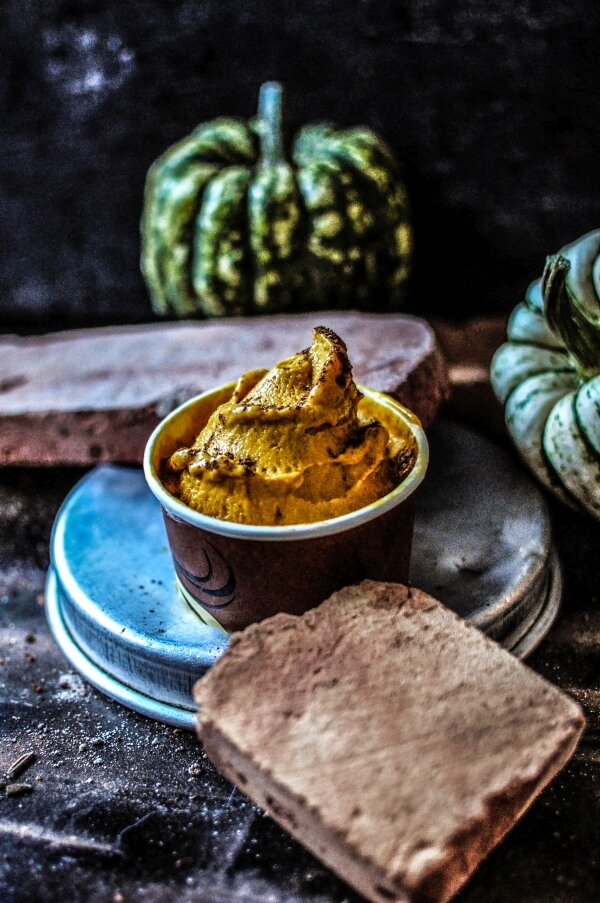 Pot option – hollow and peel the pumpkin, then cut into small pieces; or use frozen. Put in a pan, add few tablespoons of water and simmer covered for about 30 minutes until tender, mixing from time to time. Lightly cool and blend thoroughly.

Oven option – hollow the pumpkin and cut it into strips without peeling. Place on a baking tray or an ovenproof dish, cover with foil and bake at 200 C for about 50 minutes until tender. Then pull the pumpkin out of the oven, cool slightly, remove the skin and blend the flesh thoroughly.

Lazy option – you can look for ready-made canned pumpkin puree.

Mix all ingredients – if you like one spice more then you can add it more to the mix. Be careful with the amount of cloves and nutmeg, because you can easily overdo it, so add them gradually.

Add Greek yogurt, pumpkin puree, honey and pumpkin spice to the container. Mix thoroughly and try – if it is not sweet enough, add some icing sugar. You can also add more pumpkin spice.

The container with mass should be tightly closed and put in the freezer. Stir yogurt with a fork every 30 minutes to avoid ice lumps. After 2 hours blend again the whole mass and freeze for another 2 hours. Before eating, remove yogurt from the freezer for 15 minutes so that it becomes more velvety.

Serve yougurt in cups, wafers or bowls using an ice cream scoop or confectioner’s sleeve. Sprinkle a little spice of pumpkin spice on top – you can also add whipped cream. 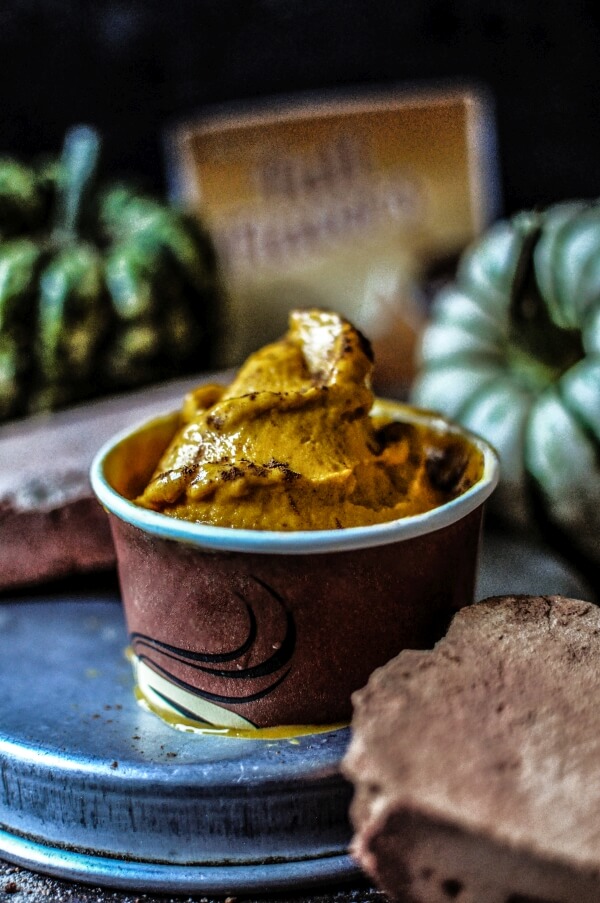 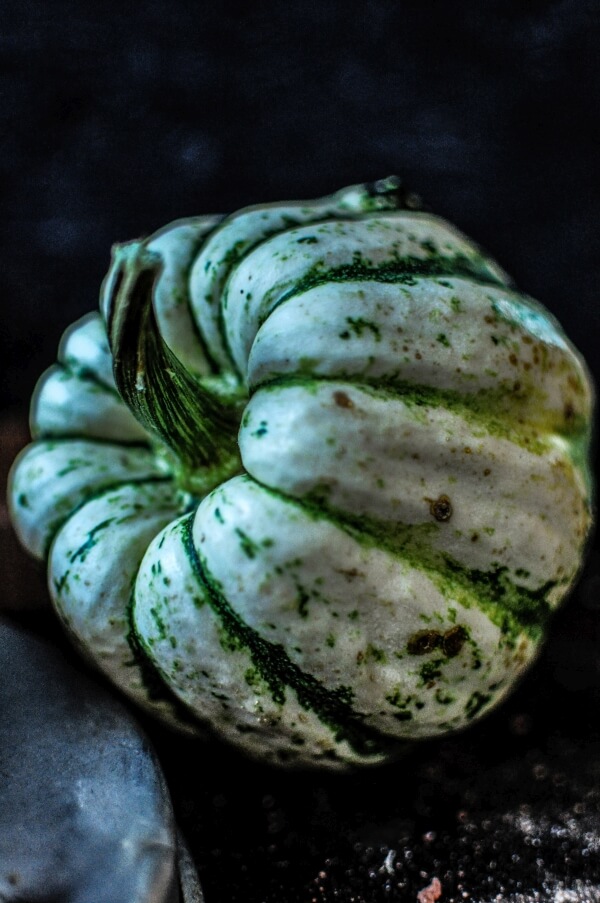