Do you know the saying “the student outgrown the master”? The latest part of the Dishonored series proves that it also has application in games. Most of the advantages of first part have been even more tuned in the second, the world is climatic, lively, and the locations in Karnaca are extremely interesting and multidimensional (although in one mission we have the opportunity to spend a moment in the familiar Dunwall). We have at our disposal not only various solutions that bring us closer to the goal, but also the choice of playing one of two characters – Corvo Attano or Emily Kaldwin. Of course, each of the characters has different powers and perceives the surrounding reality differently. Game often serves us astonishing experience – we are talking not only about the story, but about the design and ideas for some levels. We are enchanted, so if you have the opportunity, then play it, because it is really worth it. 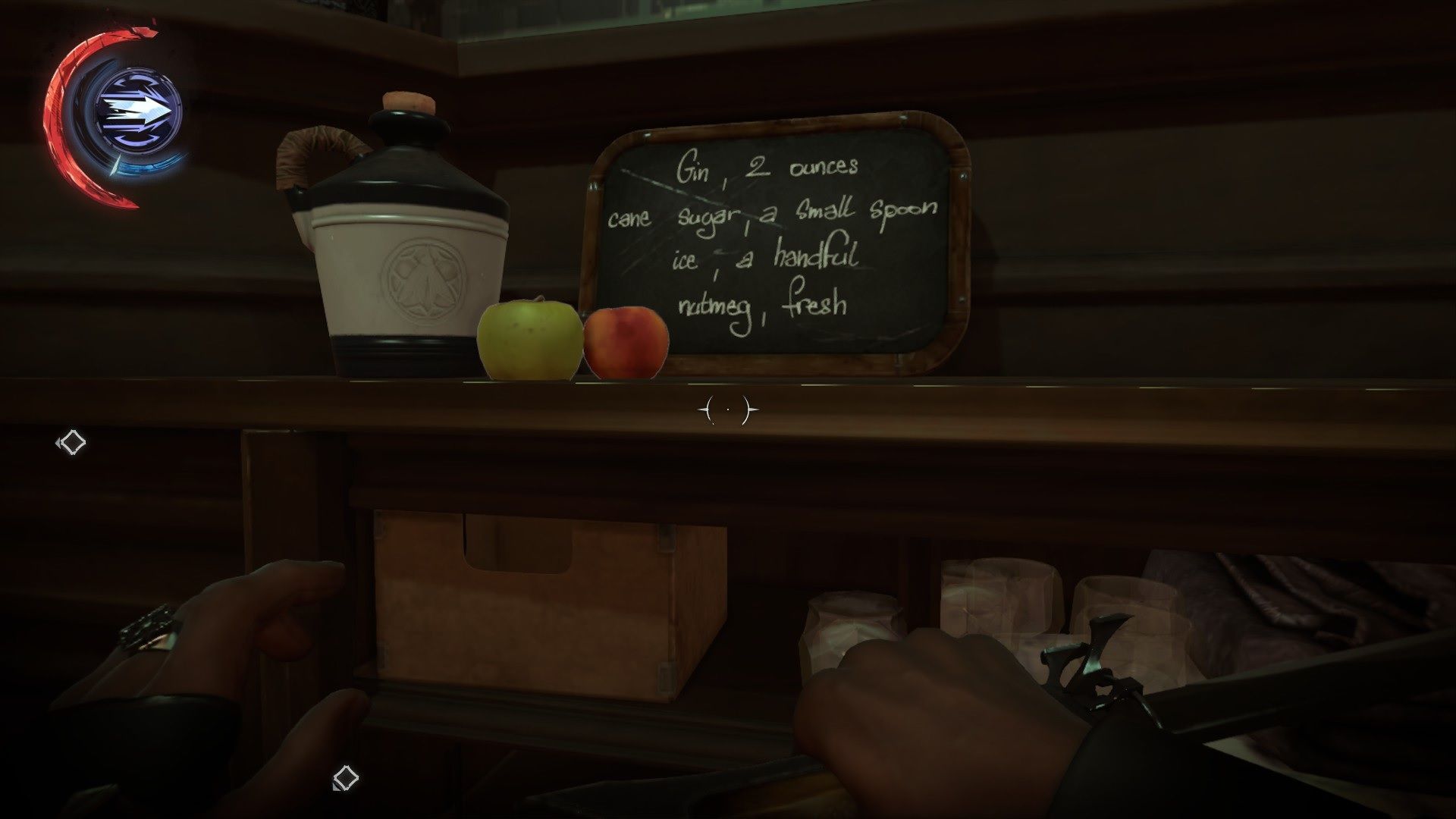 As for the culinary habits of Dishonored 2 – although in Karnaca there is no shortage of fish and a variety of fruits such as figs, pears, grapes and apples, there are very few dishes. In kitchen rooms, we often find pots in which they cook some unidentified soups, it also happens that in richer districts we find baked big rabbits. At the same time, it can be seen from the very beginning that the inhabitants of the Empire of the Islands love all kinds of drinks, there are many wines, ciders and even a pear drink. Already during the mission in Dunwall in the bar you can see a large board with a note about the recipe of a gin-based drink. Interestingly, this note also appears in several other locations. From one of them we can read that they also drink it in hot version, if they like the customer who requests it.

Although the preparation of such a drink does not require any culinary skills, we decided that it is worth presenting. This is probably the first recipe in which we have not changed anything, everything is just as the note in the game gives. Also in this matter, we did not work too much, but at least we tried to recreate the style of the Dishonored universe in the photos.

Also, glasses in hands and cheers for Emily (don’t even try to vow for another option :D)!

Pour a teaspoon of sugar into a glass and pour a portion of gin. Mix until sugar dissolves.

Pour a handful of ice into the glass. Top with a fresh nutmeg (finely grated) – you can use a ground nutmeg from a packet, but fresh is more aromatic.

We serve the drink immediately after preparation. We stop time thanks to the power received from the Outsider and enjoy a break with a delicious drink in hand straight from the Empire of the Isles.

This blog entry was created thanks to the courtesy of Cenega, which is the game’s publisher in Poland.