Hearthfire is one of the three DLC released for TES V: Skyrim and the only one that does not introduce a plot, but only the ability to buy land, build your hut and adopt children. The expansion could be a real fun for those who also like Sims, but it’s also great for us – as you probably guessed, we mean additional culinary items that we can create in the game thanks to this expansion.

One of them is crostata, which is a shortbread kind of cake, with fruits, having its roots in Italian cuisine. In Hearthfire, we have as many as three types of this baking, and each differs in the type of fruit used: Juniper berry, Jazbay and Snowberry. According to the appearance, apart from Jazbay grapes, the other two types can be successfully included in the group of berries, also blueberries, currants, raspberries, blackberries, strawberries or wild strawberries can be used interchangeably. We chose blueberries interchangeably for a similar visual effect, but you can also mix several different varieties. In the game, the dough recipe consists of butter, flour and fruit; we only added sugar, salt and some water. Plus, this cake is made quickly and it’s really delicious, with warm fruits and its crusty shell – for Skyrim fans, it’s a must-have! We also added some bloody-coloured sauce and a splash of youghurt for an even better effect! 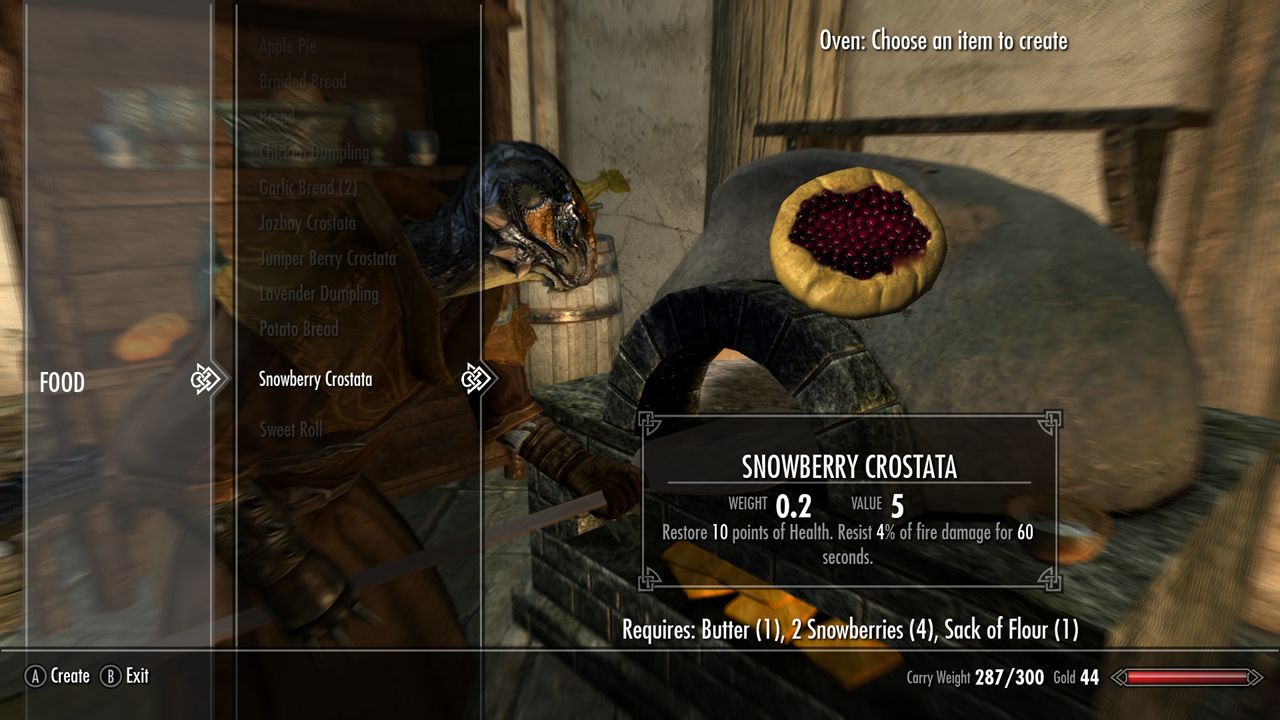 Fun fact 1: real-life juniper is the fruit of the cypress family plants, used as a spice in old Polish cuisine and also as the flavoring in gin.

Fun fact 2: Crostata has become such an iconic dish for the TES universe that it has also been used as one of the recipes available in The Elder Scrolls Online – only the appearance has been changed to braided cake.

This video was made in 2019 with cooperation with Bethesda Polska, a Polish division of Bethesda, on the occassion of the release of Greymoor – the DLC for The Elder Scrolls Online!

Add flour (you can also use ordinary flour, if you don’t have rice and whole grain ones at your disposal), sugar and salt into a bowl, add cold butter, chop everything with a knife, and then quickly rub it in your fingers, because keeping the dough in your hands for too long will warm it up and it won’t be as crunchy as it should be after baking (if you have a food processor, it will be the best choice as it will not warm your dough). When something like sand texture is formed, add cream and add 1 tablespoon of cold water. Quickly knead the dough until the ingredients are combined to obtain a uniform mass. You can add 1 tablespoon of water if the mass is still falling apart in your hands. Form the finished dough into a ball, wrap it in a foil and cool it in the refrigerator for about half an hour.

We set it after the dough has cooled down and just before rolling it – to 190°C (374°F), upeer and bottom heater option.

Place the cooled dough on a baking sheet lined with baking paper and roll it into a circle with a thickness of approx. 2-3 mm (to make it easier, you can put another sheet of paper between the dough and the rolling pin, and roll it through the paper, but if the dough is well chilled, it would be enough to sprinkle over a rolling pin with flour and it won’t stick to the dough). If the sides of the dough are “splitting” while rolling, just stick them together with your fingers.

Sprinkle the rolled-out dough with sugar (about 1 tablespoon), and place fruits into the middle of it, forming a small, flat hill and leave about 3 cm of free space on the sides. Place sides of the dough on the fruit, sticking them together so that a sort of a fruit bowl is created. Make sure that the dough does not form holes, because the juice will leak out during baking, which we don’t want. Finally, evenly sprinkle fruits and the folded sides of the dough with sugar (also about 1 tablespoon). 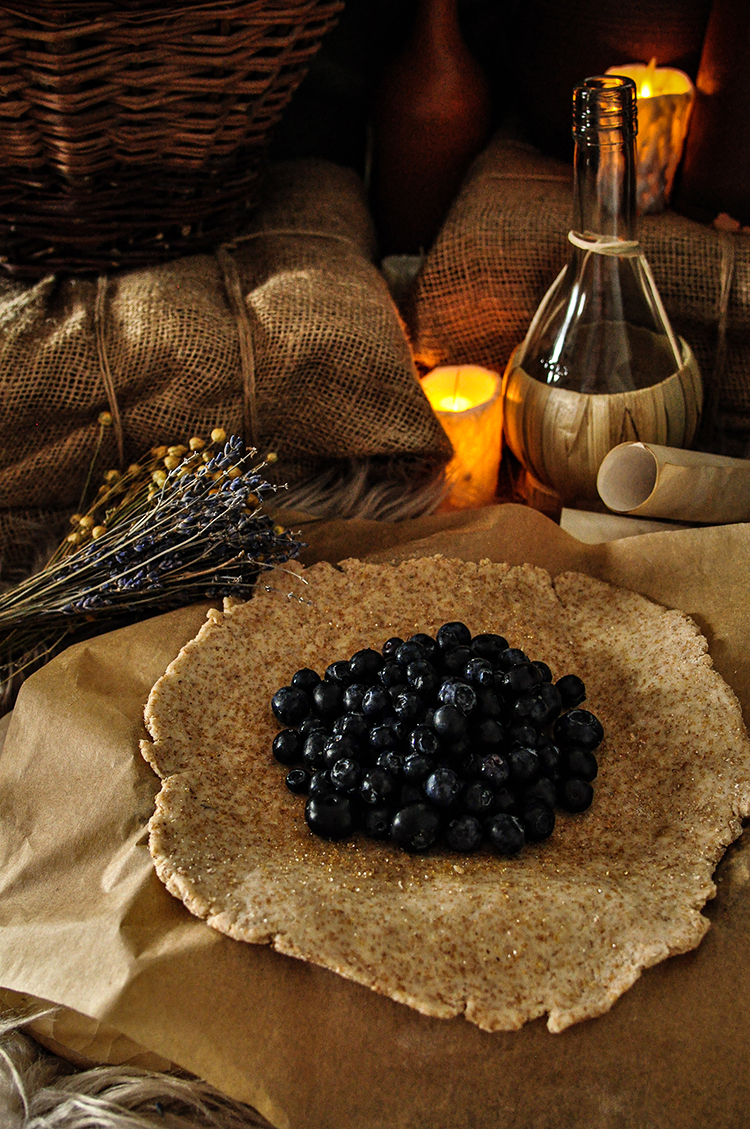 Put the dough into a preheated oven and bake it for about 30-35 minutes until the edges are golden brown. Then take them out and cool them slightly.

Place the fruit in a pot and heat it to a boil. Mash the fruit with a fork and simmer for 15 minutes until thick. You can blend the sauce in a blender for more smooth consistency.

Place a splash of cold yoghurt on the warm crostata and pour the fruit sauce over it. The dough tastes good both warm and cold served. Vanilla ice cream or whipped cream are also a great addition. After eating, it restores life, adds Magicka points or fire resistance! I have to admit that the inhabitants of Skyrim were able to please their taste buds – even if it’s cold outside the window of the house, such a tart can also raise morale, even to those to whom life constantly sends arrows to the knees. 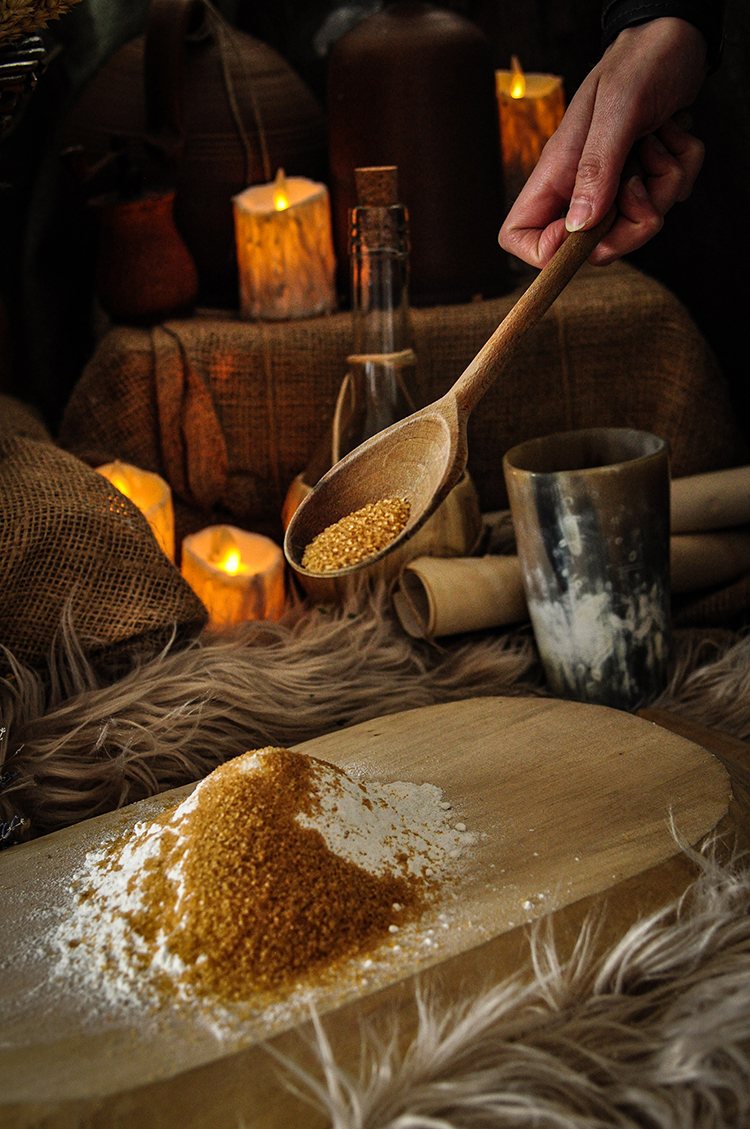 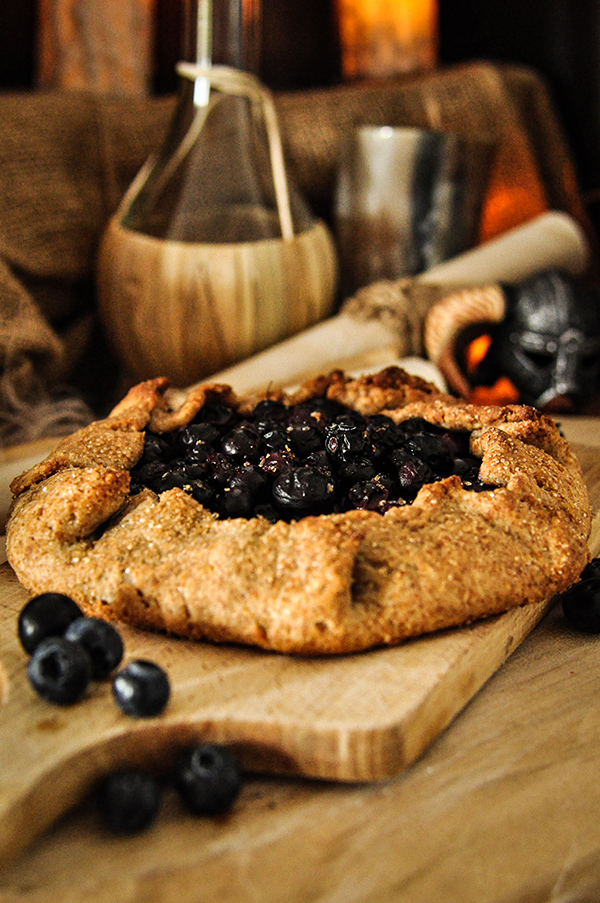 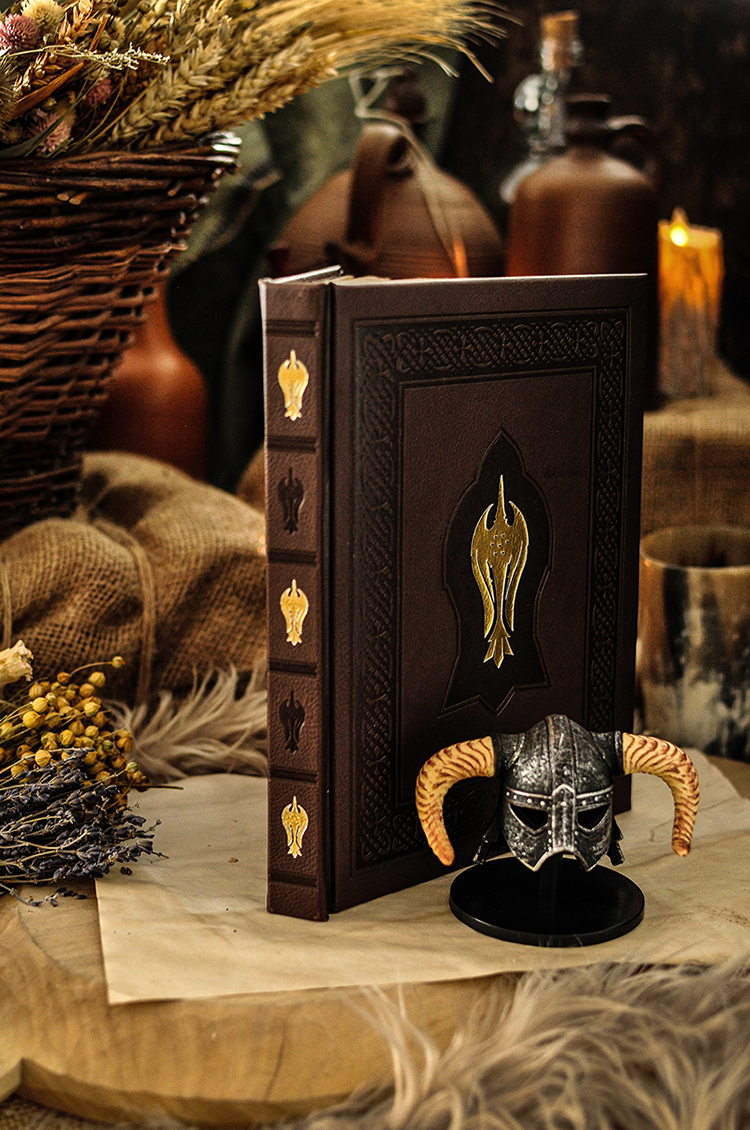 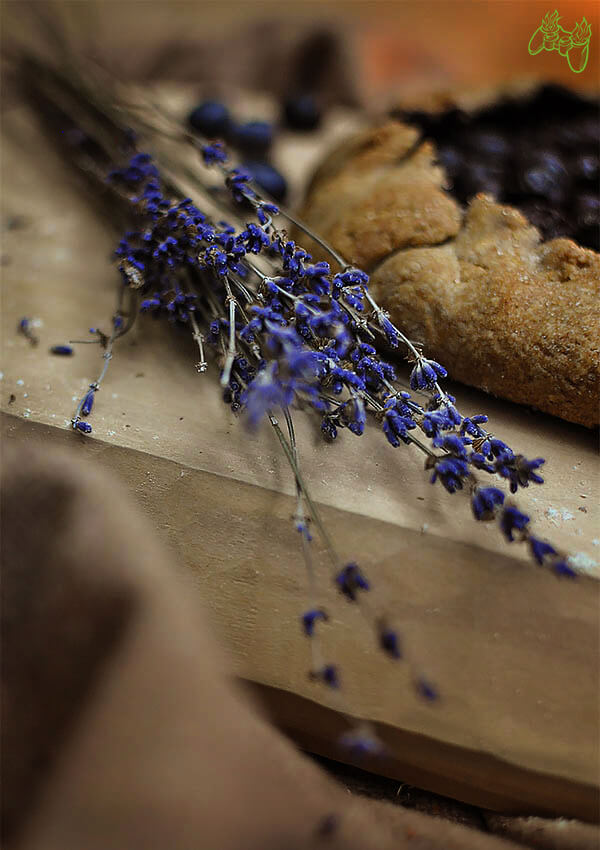 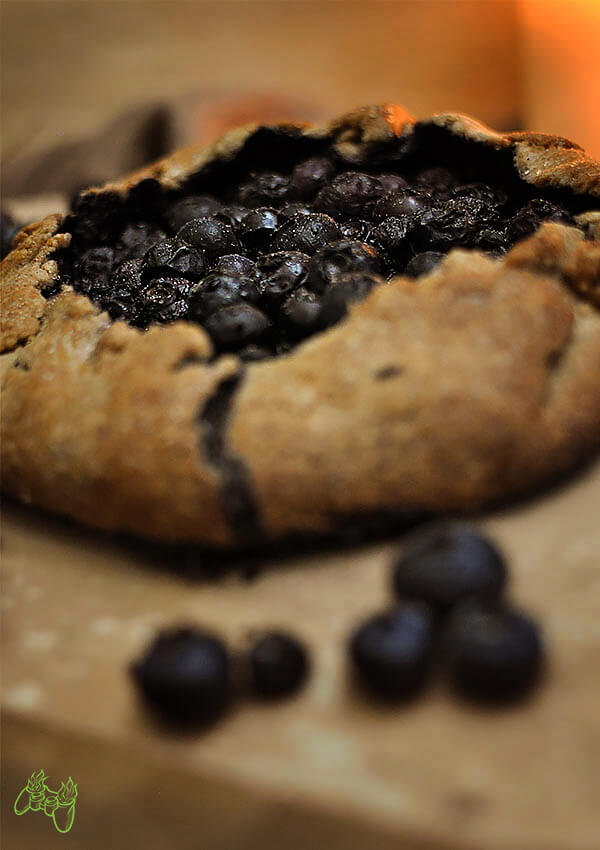 *thie post was created thanks to the courtesy of Cenega, Polish publisher of The Elder Scrolls franchise!