The Dishonored series from Arkane Studios is in the top of my favorite games. It’s really hard to find major flaws of this game – sophisticated stealth mechanics with the use of interesting superpowers, beautiful and detailed design of locations, quite difficult gameplay and a plot with a dense atmosphere that can literally be cut through with a knife 😉 Dishonored is comparable to the combination of Bioshock and Thief, so I highly recommend this game to the fans of these two series.

Dishonored due to the rather dark climate of Dunwall and the prevailing plague, does not spoil its citizens with the menu. Whale meat packed in cans under rather unsterile conditions, Pratchett Jellied Eels, and especially the idea of ​​baking rats spreading the plague may seem like unappetizing kitchen ventures. Fortunately, Corvo Attano traverses not only those neglected, dark corners of the city, but also has the opportunity to appear at the Boyle Mansion or the Golden Cat, where you can find more refined dishes, including apricot tartlets. They also appear in the DLC Death of the Outsider from the Dishonored 2.

The game doesn’t spoil any clues for exact ingredients of this mini tart so we just tried to use a traditional combination – pastry with almonds, sweet custard made of mascarpone and finally pieces of ripe apricots. There is no suprise that these little sweets appeared in theluxury resorts – they not only look good, but also welcome you with their delicious taste and variety of textures: from crispy dough, through creamy filling, to juicy, baked fruit. Hungry? Corvo is already sneaking into the kitchen! 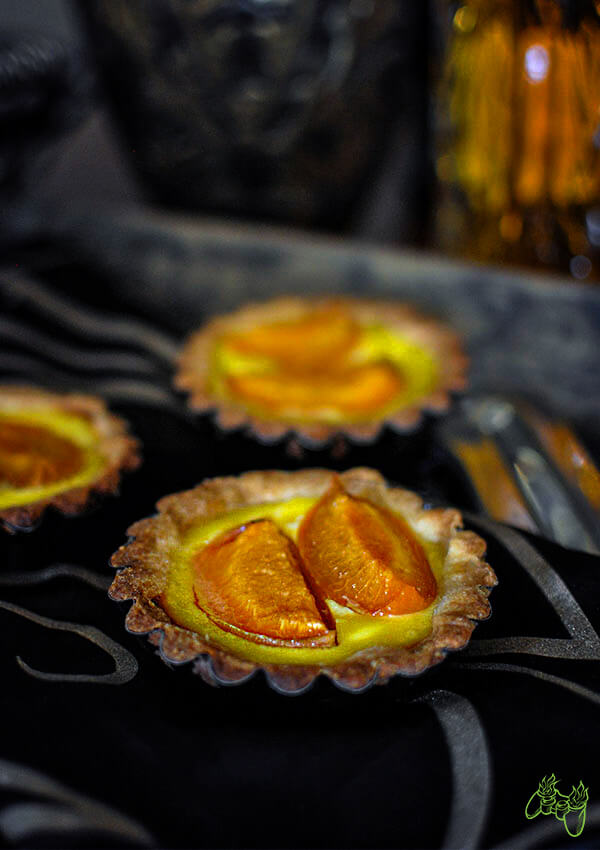 If you have whole almonds, you must grind them finely in a blender. Then put the almond powder into the bowl, add flour, sugar and salt and throw cold butter. Chop everything with a knife, and then quickly rub the clumps in your fingers (too long kneading of the dough with your hands warms them and the dough will lose its desired consistency – alternatively you can make it with a kitchen robot). When the mixture forms into a kind of a wet sand, pour 1 tablespoon of cold water and knead the dough quickly to obtain a smooth mass. If the dough is still poorly connected, add another tablespoon of water and knead. Form dough into a ball, wrap with foil and cool in the refrigerator for about half an hour.

Spread the forms with butter or oil, sprinkle with flour and remove its excess, turning them upside down and hitting their bottoms over the sink.

Place the chilled pastry on a baking tray or baking paper sprinkled with a flour and roll it to a thickness of approx. 3mm (you can also roll it through a second sheet of paper). Then cut circles out of the dough – they should be 2 cm larger than the diameter of the tins for the tartlet. Put the dough onto the tins and press them with your fingers to the bottom and sides. Cut off the excess on the sides, pressing the molds with the palm from the top. At the end, prick the dough with a fork. If you want, you can put a piece of baking paper and dry rice or beans on top – to be sure that dough will be even on the bottom. We never do it – because of ordinary laziness :D.

Put tins with the dough into the oven and bake it until lightly browned about 10 minutes. During this time, we are going to make next two steps.

Wash the fruit, cut in half, pull out the seeds and cut into quarters.

Crack egg into a bowl, add sugar and mix together for 1 minute. Then add mascarpone cheese and mix again to obtain a smooth custard without lumps.

Put out the baked tartlets from the oven and lower the temperature to 180°C/356°F. Pour into molds about 1 or 2 tablespoons of cheese custard (up to the height of the dough) and put two quarters of apricots on top – remember not to put too much cheese custard because the apricot will slightly raise its level.

Put tartlets carefully into the oven and bake for about 15 minutes until the cheese custard is solid and lightly browned.

And that’s how this delicious sweets of Dunwall are in your homes today! 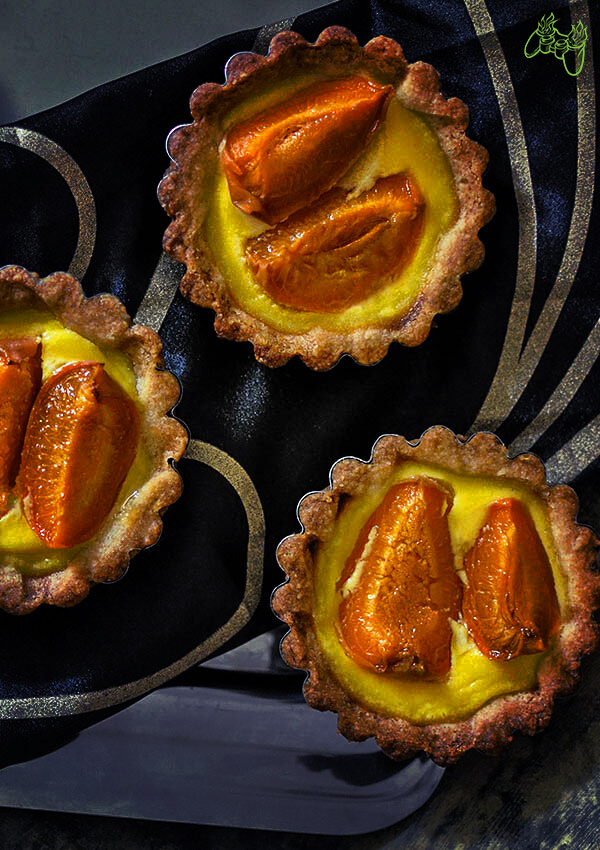 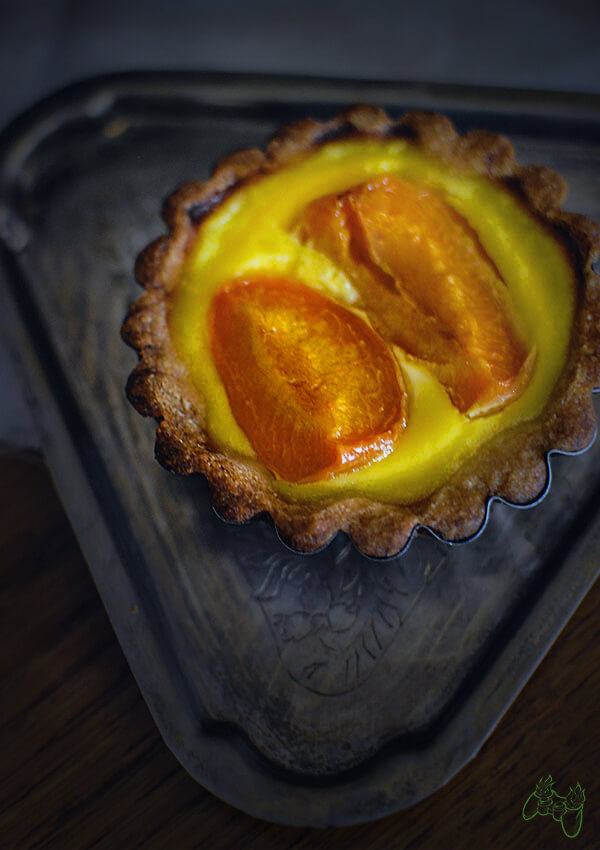