Bioshock Infinite does not forget about culinary experiences for the players – Columbia is full of various food findings which can be consumed by Booker. The fact that you can find them in quite unusual places, such as a toolboxes or trashbins is a completely different matter.

The first culinary element that catches the eye at the beginning of the game is a stand with hot dogs and popcorn, which is placed on our right after leaving the cathedral garden space. Hot dogs appear many times during gamplay in different locations and that’s why they are probably the most recognizable culinary element from this part of Bioshock series. 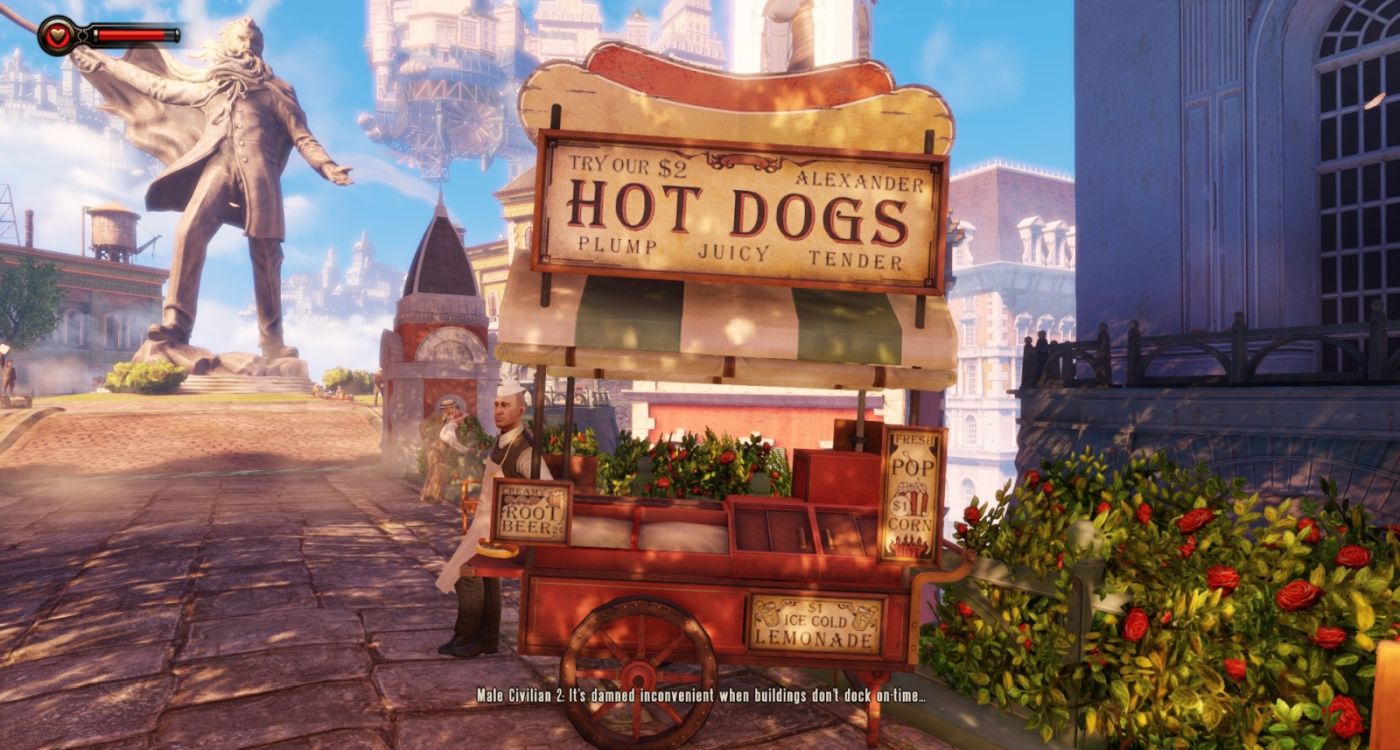 Visualization of this food item in the game does not help in the precise determination of ingredients, therefore, in its reconstruction we were guided by the colors and the fact that the we have a plenty of alcohol in Columbia. From this combination we got a delicious hot dog with spicy caramelized onions with the addition of whiskey, grilled peppers, cucumbers and mustard. It is a dish that tastes a lot better than it looks – Booker would definitely vote for such whiskey-infused onions! 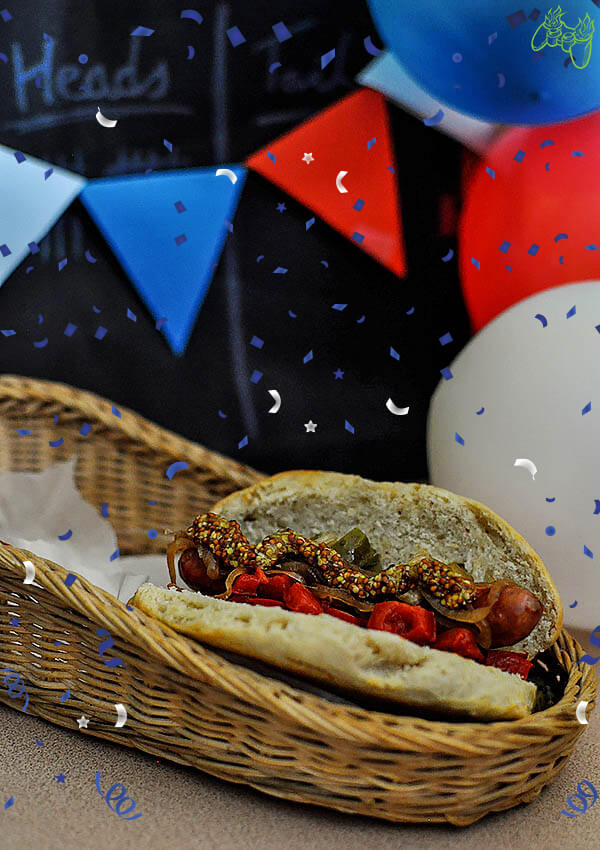 The easiest and fastest way is to buy ready-made products, but we encourage you to do your own in the old way. You can make them from our recipe for hamburger buns – all you need to do is create a typical shape for hot dogs.

This is the hardest step of the recipe – but while preparing the onions you can embrace the rest of the steps, remembering to frequently mix onions. Peel the onion and cut into very thin half-slices.

Pour 1 tablespoon of oil into the pan, add chopped onion, sprinkle it with a pinch of salt, mix and put on low gas. Mix everything from time to time, so that the onion does not burn, – it should only slightly softened and become shiny (it will take about 5 minutes).

Then add honey or sugar (preferably brown) and continue caramelising (often mix and simmer over low heat) for 10 minutes. When the onion starts to stick a little to the pan, then it should be poured with a mixture of alcohol and water (no more than 1/3 of the liquid at a time) – this will allow you to collect the flavor from the pan. This process should be continued for another 10 minutes – to use all of the prepared liquid.

After this time, the onion should change its color to light-caramel, become very sticky and get an exceptional taste – then add chili flakes to it, mix and remove the pan from the burner.

If you have a frying pan or an electric grill, it is enough to clean the peppers, divide them into larger pieces, grill them for a while (about 3-5 min max) and then cut into a smaller cube. However, if you only have an ordinary pan, pepper is best cut into cubes and fry on a little oil over high heat, stirring from time to time, until it gets slightly browned (about 4 minutes). 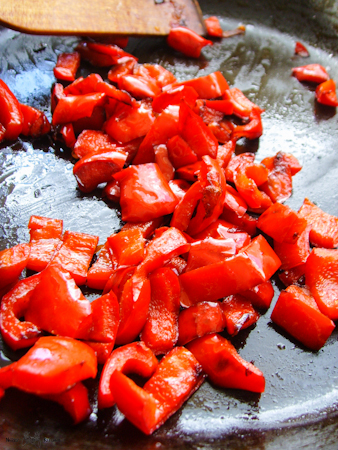 Grill buns and sausages. Put onions, peppers and cucumbers on the bun, then a sausage, and pour a solid portion of your favorite mustard.

The portion of Alexander Hot-Dogsrenews a small dose of life. Eat for the glory of Columbia! 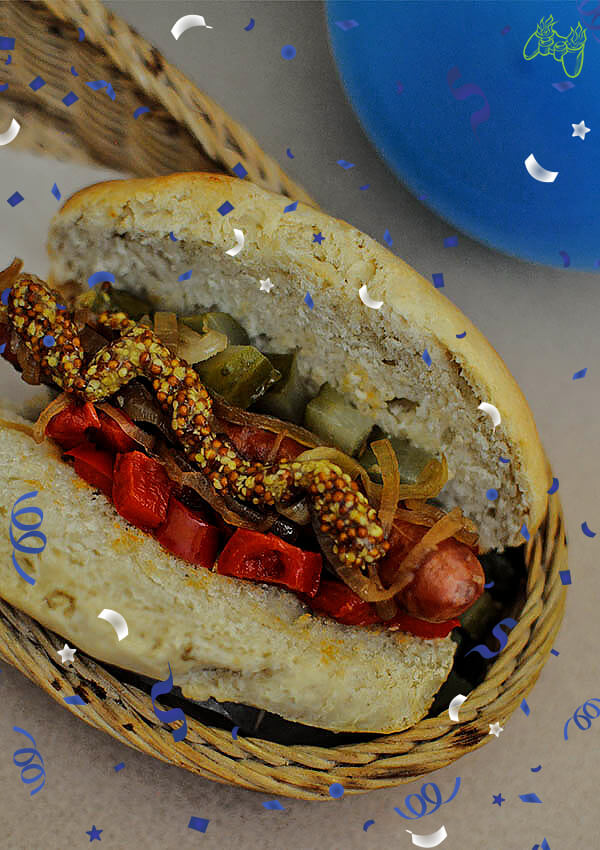