San Andreas has one of the most extensive statistics systems in GTA series. One of them is CJ’s (main character) fat level. It increases by eating meals, and decreases due to exercises in the gym, the general activity of the hero during the game (cycling, running, swimming) or due to prolonged hunger. CJ’s weight affects his appearance, performance, and dialogues. Lack of fat in CJ’s body has a negative effect on “muscle” statistics – when the hero is hungry, his muscle mass will begin to decrease, and if he does not have both fat and muscle, hunger will cause loss of health, and in the case of longer negligence, even the death of a hero. CJ may buy meals that influence fat statistics in fast food chains, such as: Well Stacked Pizza Co., Cluckin ‘Bell and Burger Shot. 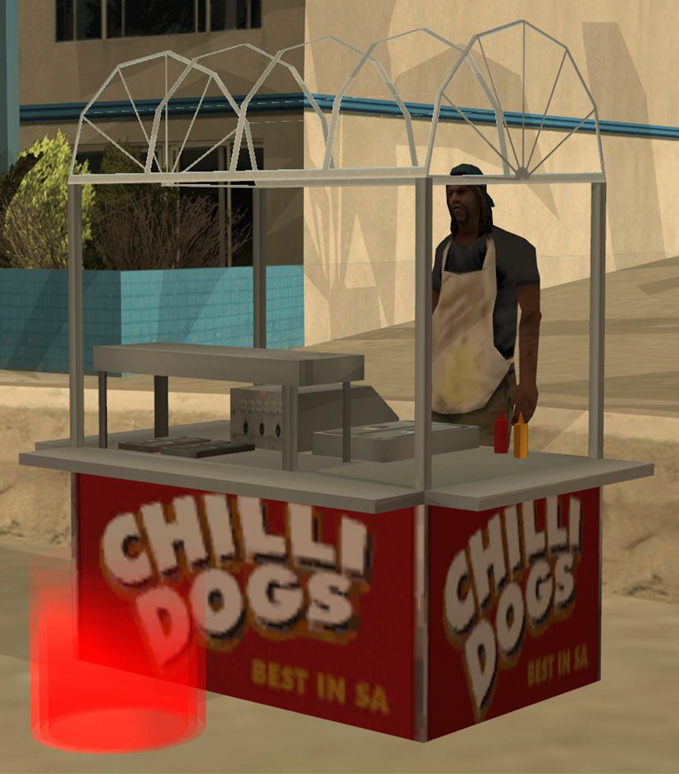 The game also took care of the so-called street food, i.e. food that we can buy on the city streets, but eating it only renews the hero’s life and does not affect fat levels. In addition to the Cherry Poppers ice cream stand and Noodle Exchange noodles, CJ can also visit the Chilli Dogs booth and buy a hot dog with chili sauce for one dollar. The brand advertises itself as the best in all San Andreas and is a sponsor of the race car, Hotring Racer. Although one additional “l” letter has been added to the name, it’s still clear which dishes the game developers refer to exactly. Chili dogs are a popular snack on the streets of many American cities – its composition and method of preparation and additions vary between states, but in general, they are hot dogs served with a spicy, meat sauce reminiscent of something like chili con carne.

A double portion of meat in such a snack will definitely look appealing for meat lovers – if they are also fans of the GTA series, we already have the perfect meal for them. By the way – chili dogs are also the favorite dish of the hero of another game – Sonic the Hedgehog!

Cut the onion into small cubes. Warm up the oil in a pan and add the chopped onion. Fry it over medium heat, and after a minute add a pinch of salt and 1 teaspoon of sugar. Caramelize the onion for 2 minutes, then add the crushed garlic and fry for 30 seconds.

Add meat to the pan, season with freshly ground pepper, salt and oregano, and add worcester sauce. Shred meat with a wooden spatula and fry the whole on medium heat, stirring from time to time until the meat is slightly browned (about 10 minutes).

In the middle of the pan, make an empty circle between meat – in this place add tomato paste and fry it for a while on high heat. Then pour the canned tomatoes. Mix and stew until the tomatoes disintegrate and most of the liquid evaporates – the chili sauce must be very thick so that it does not slide off the hot dogs. It will take about 15 min-20 min. When the sauce is ready, it is worth trying and seasoning if necessary.

Put one grilled sausage into the heated rolls. Then put a generous portion of chili sauce on it, sprinkle with grated yellow cheese and pour over mustard. Chilli dog regenerates health thanks to a double portion of meat – several portions will heal even the biggest damage after street shootings. Just remember not to hit the salesman or run over the stand, because he won’t sell you this treat! 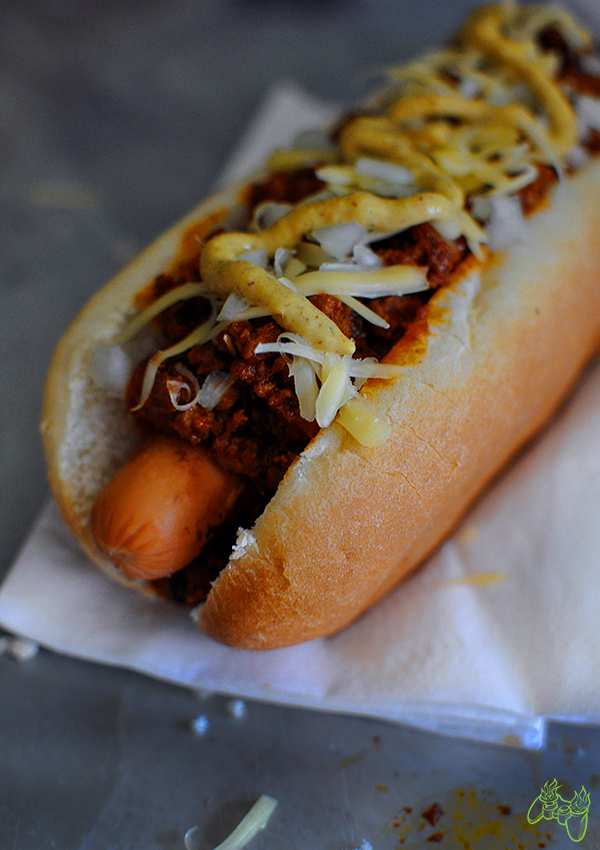 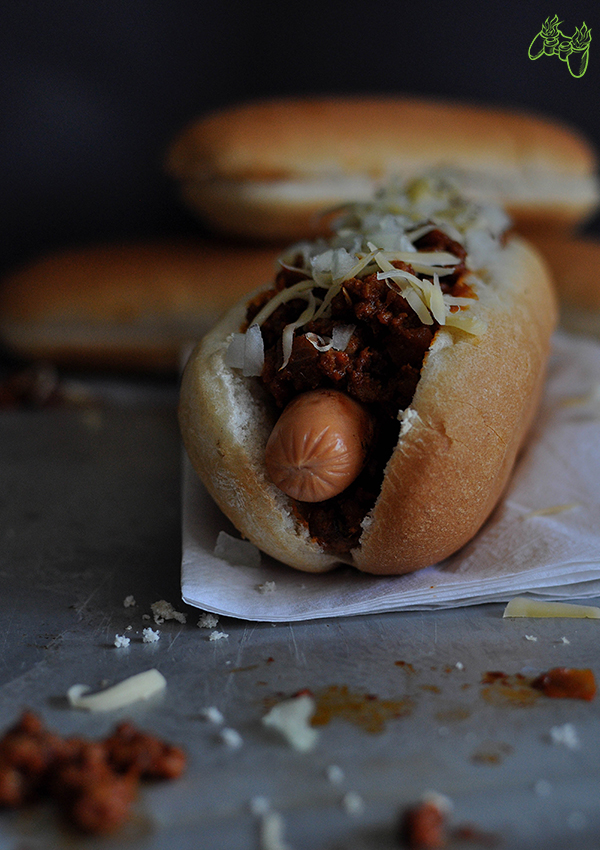