Serial Cleaner is a game that can be easily summarized in a few sentences – we play as the character cleaning crime scenes, who has to get rid of the bodies, evidence and traces of blood totally unnoticed. However, the gameplay is not as simple! The whole production is developed in a very humorous convention of the 70’s. But do not let that fool you – levels require a player to focus and think carefully about the crime scene cleanup strategy behind policemen’s backs.

In addition to the great musical setting, the game also attracts with its dynamics and the possibility to complete levels in several ways. Although the culinary issues were not taken into much consideration here, developers did not forget to include a few pictures of the food (shake, coffee, cake, baked fish, skewers, burgers and pizza) on the premises that we visit as a serial cleaner. Culinary mentions can also be seen during the conversation of the main character with his mother, who prepares delicious food before his next job – Bobby, darling, I make pancakes. Do you prefer jam or peanut butter? Jam sounds great, Mom. All right, sweetie. They will be ready in a moment! 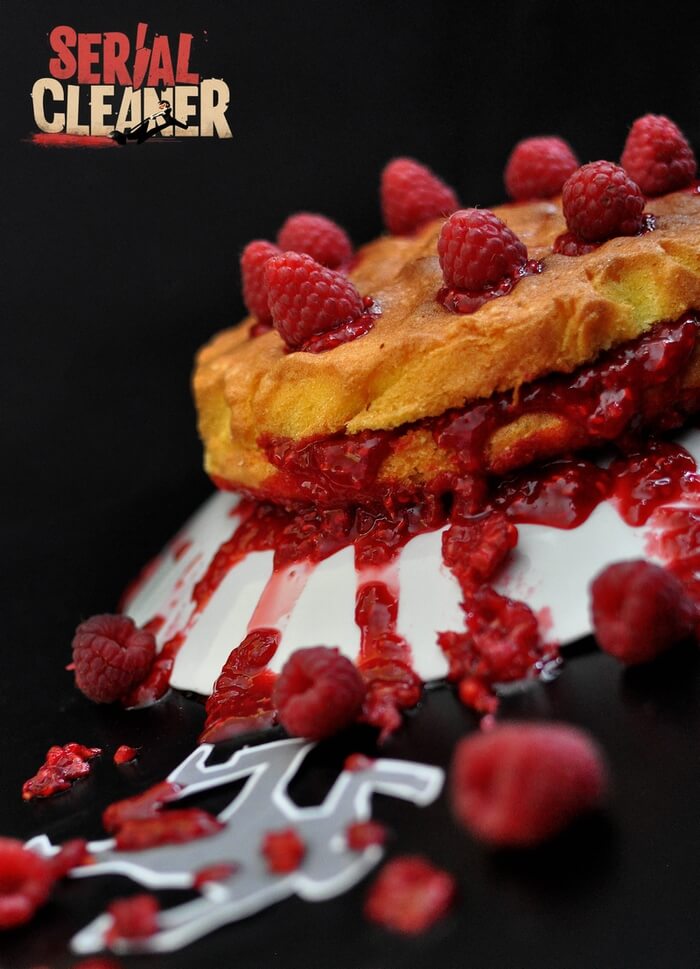 Pour the fruit from the top with boiling water. Then rub a peel from it (only yellow layer, white is bitter) and put aside. Finally, squeeze a lemon juice (from the half of the fruit).

Put butter and sugar in a bowel and mix them to get a fluffy consistence for about 2 minutes. Then add one egg at a time, while mixing. After that gradually add sifted flour, baking powder and a pinch of salt. At the end add the peel and pour lemon juice, and mix to get a uniform dough without lumps.

Grease tin with butter and cover with baking paper.

Pour the cake into the tin, level the top and put in the oven preheated to 170 degrees. Bake for about 35 minutes, to, so called, dry stick (after placing in the cake it comes out dry, not covered with raw dough).

Cut the cake carefully in half, with sharpened knife. Put a solid portion of raspberry gel (leave only about 2 tablespoons to attach the raspberries on top) to the center of the lower layer of the cake, leaving about 1 cm on the edge of the circle. Fold the cake, lightly squeeze the halves together, so that the raspberry sauce slightly flow from the sides. On the top, put 8 small sauce blisters, and on them one raspberry to decorate (as pictured).

The cake can be cooled before serving. It works great with ice cream. And after consumption, it’s time for another cleaning job! 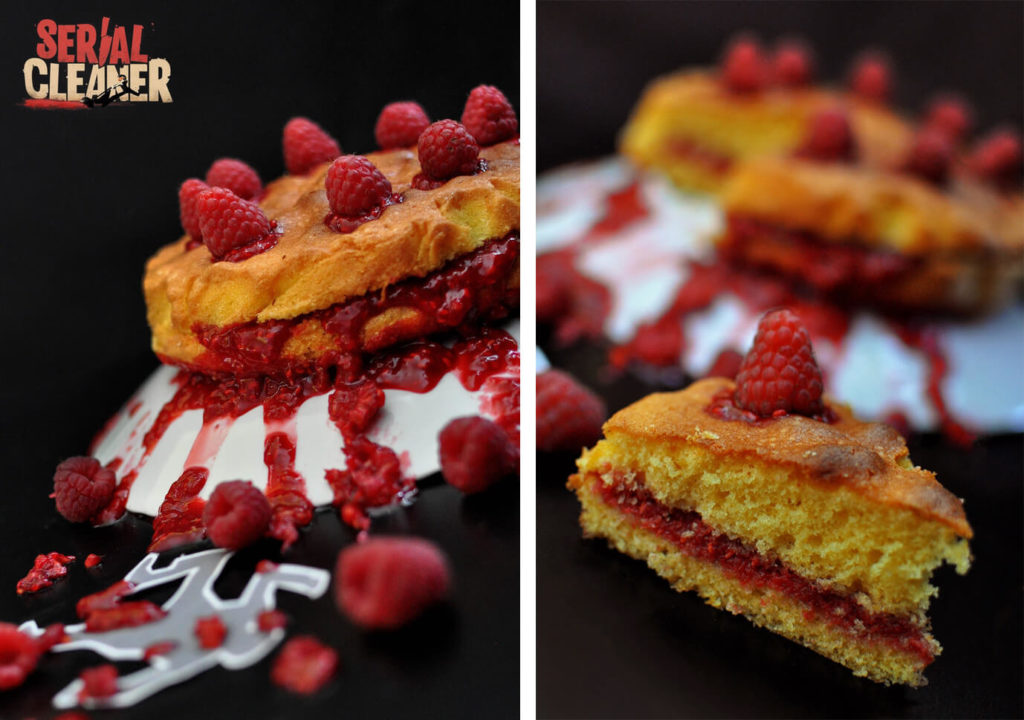 You can buy this game on Steam, PS4 i Xbox One

* Data on energy and nutritional values, preparation time and prices are only estimates and may differ from reality