Capcom has rightly received very positive reviews from players for the remake of Resident Evil 2 – I think that as a form of remake it turned out great. Well-designed and implemented sound effects, beautiful graphics, dense atmospehere, demanding level of difficulty and constant tension that Mr X will pop around the corner and get us in his hands. It is no wonder then that after a year we saw another remake from the series, this time Resident Evil 3, where the main character is Jill Valentine escaping Racoon City because of the surrounding zombie hordes, and our worst nightmare as a player is now Nemesis. In addition to Jill, we also have the ability to control the actions of Carlos Oliveira.

Like the previous remake, 3 looks great in terms of graphics, the locations and character models look very realistic – the potential of the photogrammetry technique used is clearly visible here. For now, I only played the demo, so after I go through the full version I will speak about the length of the game – I saw that the latest part is often accused of being too short despite behing overally a very good game. But honestly, I prefer to get these “just” a few hours of good fun than a stretched sandbox with a million similar quests. I will update the entry as soon as I finish the game and let you know what my final feelings are. However, the demo itself gave me a nice teaser with culinary elements – we are talking about the Moon’s Donuts shop, in which I was able to find the entire menu. I will probably also discuss this topic in one of the next entries! Maybe even the famous Jill sandwich …:D

However, now it’s time for something completely different! Due to the fact that the action in Resident 3 begins day before the events of Resident Evil 2, the creators could be tempted to reliably connect and implement some easter eggs between these games. One of them is the advertisement of the Mikhail’s Pierogies – Authentic Russian Cuisine restaurant outside RPD in Resident Evil 2 – this is an obvious reference to the character of Captain Mikhail Victor, whom Jill meets in the 3rd part. Mikhail, born in Leningrad, is a commanding member of the Umbrella Biohazard Countermeasure Service. Carlos Oliveira and Nikolai Zinoviev also served in his platoon. Those who played the original version of 1999 know the fate of brave Mikhail … but we will not reveal details to those who are just starting their adventure with the remake of third installment of the series. However, in this post we will honor Mikhail and the mentioned easter egg from Resident Evil 2.

Given the Russian origin of Mikhail and the very name of the restaurant referring to dumplings, the choice of recipe was quite simple – pelmeni, which is a traditional dish of Russian cuisine (also known as pilimeni, pielmenie, pelmenie). It is a kind of small dumplings stuffed with meat, served in the company of cream, vinegar and also in broth. The name comes from the language of the inhabitants of the Urals and means ‘bread ear’, and the pelmeni are mainly distinguished by the fact that the meat stuffing is put into the dough in a raw form, so after cooking pelmeni contain juicy, full of meat broth stuffing. In our version of the recipe, the dough does not contain an egg, which is a slight departure from the traditional form – but we think that without it the dough is softer. We ensure that a potential flagship dish from Mikhail’s Pierogi is worth a little work! 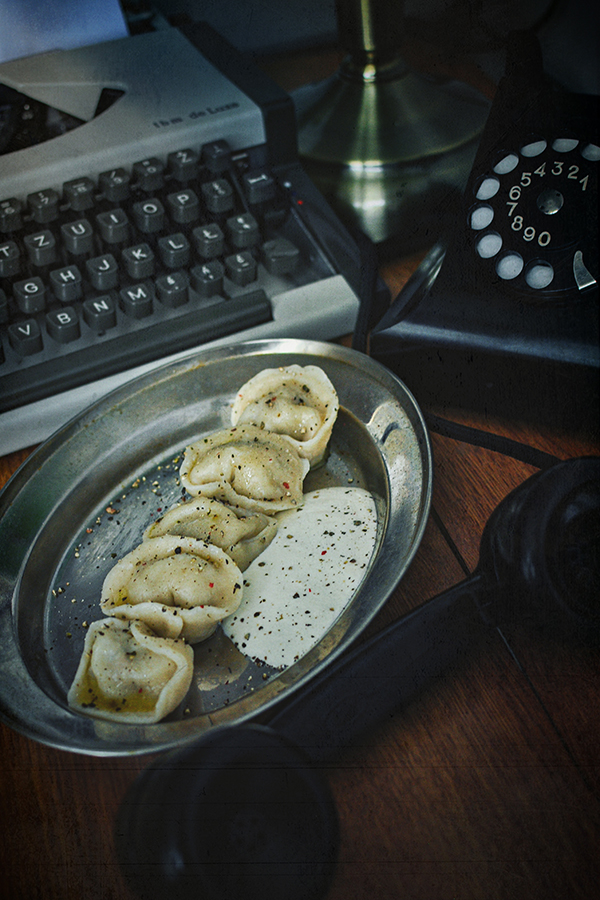 Sieve the flour and salt into the bowl. Boil water and mix it with oil, let stand for a minute. Pour water into a bowl with flour and salt, mix thoroughly with a fork. When the dough has cooled down slightly so that it does not burn your hands, keand it into a soft, homogeneous mass for several minutes. If the dough sticks too much, sprinkle it with a small amount of flour. When the dough has the right consistency, cover it with a bowl and set aside for about 20 minutes.

Chop the minced meat thoroughly. Cut the onion into very small cubes, crush the garlic through the press and add to the meat. Add cold broth, freshly ground pepper and salt. Mix well with your hands – the meat should be very moist, soft and uniform in consistency (to later create a juicy stuffing in the middle of the dumplings).

Lightly sprinkle the countertop with flour. Roll out the dough on it to a thickness of approx. 0.3 cm. It shouldn’t be too thin as there is a risk that the stuffing will flow out. At the same time, it cannot be too thick, because pelmeni will be very hard.

Cut out the circles from the rolled out dough with a cup/glass. Add a heaped teaspoon of meat stuffing to the center of each. You can brush the sides of the dough (around the stuffing) with water to make them stick together more easily. Glue pelmeni into a semicircle (like standard Polish dumplings), from the center towards the sides. Push the edge of the dough together firmly. Then bend the sides of the dumpling and glue them together, creating something like a croissant-shape dumpling. Put ready pelmeni on the top sprinkled with flour and cover with a cloth so that they do not dry out.

Boil water in a large pot, add about 1 heaped teaspoon of salt. Put pelmeni in boiling water and gently stir with a wooden spoon, reduce the heat so that the water only gently bubbles. Remember that dumplings should have a lot of space in the pot, so if you have a small pot, cook pelmeni in batches. After the dumplings float to the surface, cook them for 3 minutes. Then transfer to a bowl with a slotted spoon.

Ready-made pelmeni can be served in several ways – sprinkled with freshly ground pepper with a blcream or a little vinegar, and even in soup. It’s best to put whole pelmieni dumpling in your mouth so that you don’t leave a delicious broth from the inside of the pelmeni on your plate. Mikhail Viktor recommends this Russian specialty made by Mikhail’s Pierogies! 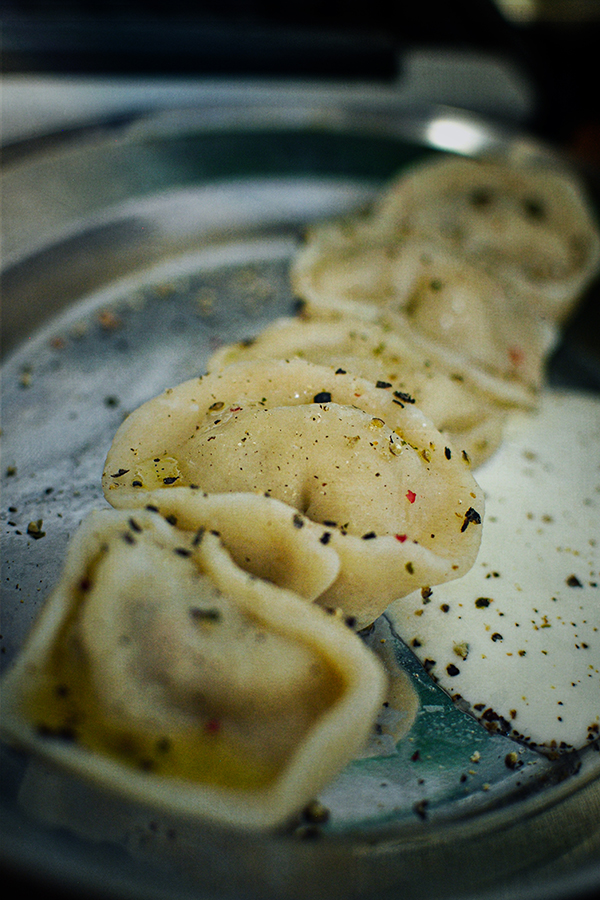 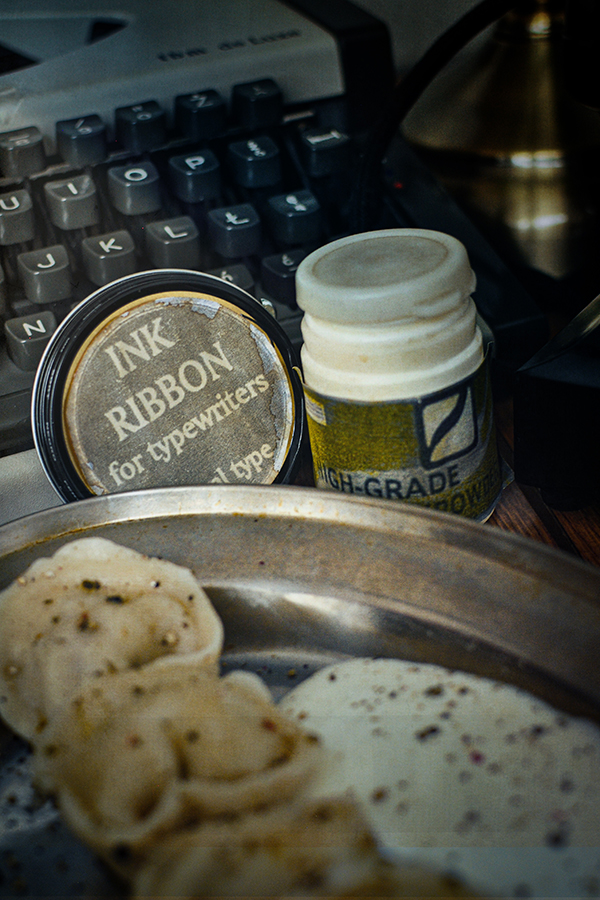 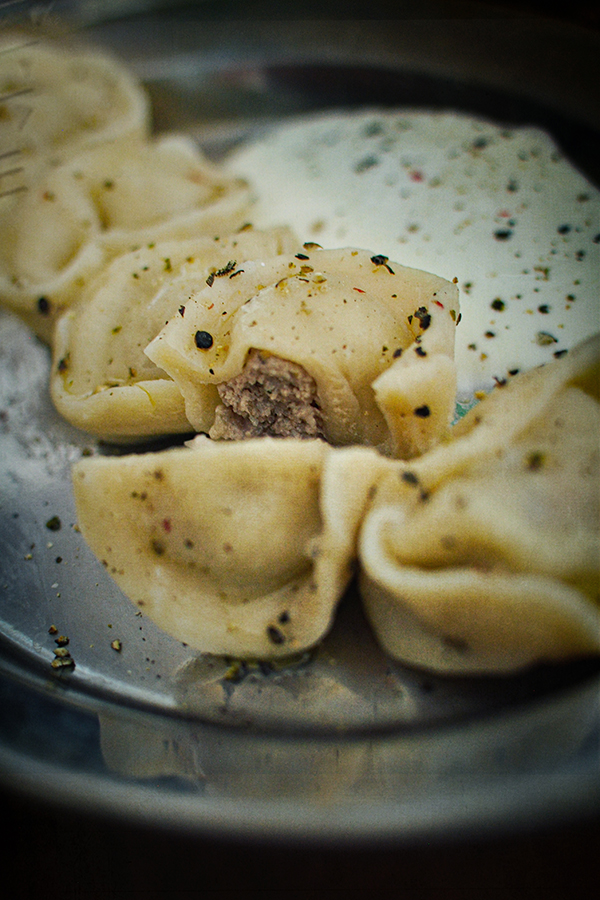 This post was made thanks to the courtesy of publisher Cenega Polish publisher, who shared a game copy with us.

You can order game here (Polish online shop) Muve.pl. or buy from your local stores.